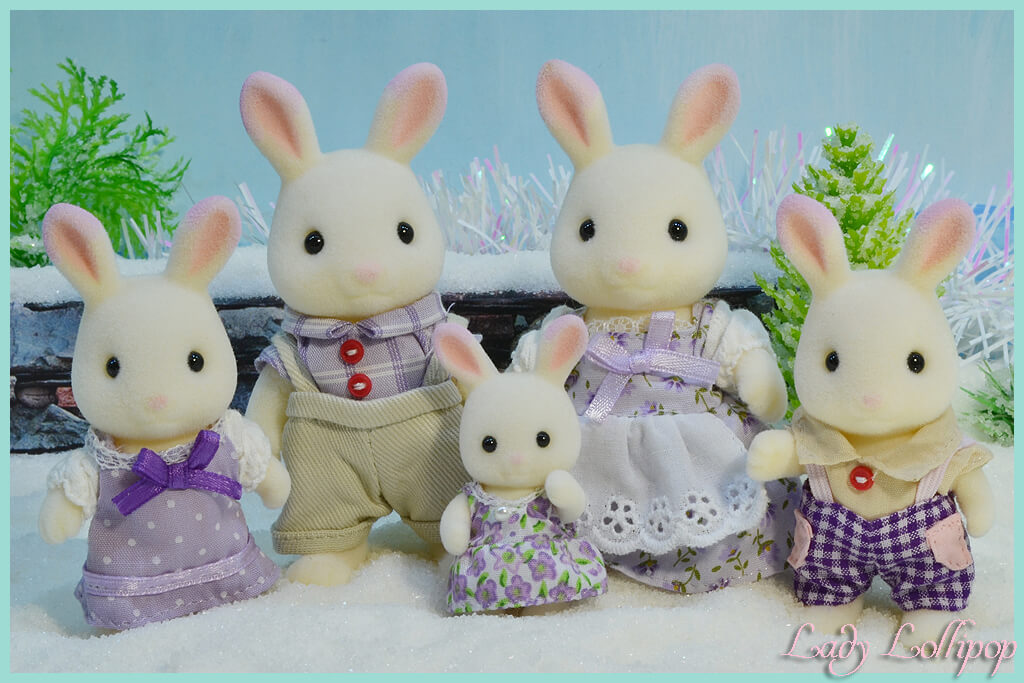 One chilly morning on the outskirts of their little town in the mountains, the Lavender rabbits were getting ready for a morning walk in the snow before starting with their very busy day running their spa. The day started off like any other, and before long the Lavenders were happily walking along a path to reach a magical place where they often liked to spend their mornings playing in the snow.

Of course there was no real magic here, but it was the only place between all of the natural hot springs where a small pond froze solid enough to allow them to safely skate on it. Since Violet loved skating so much, the family came here as often as possible, but with their busy lives, it wasn't always easy. 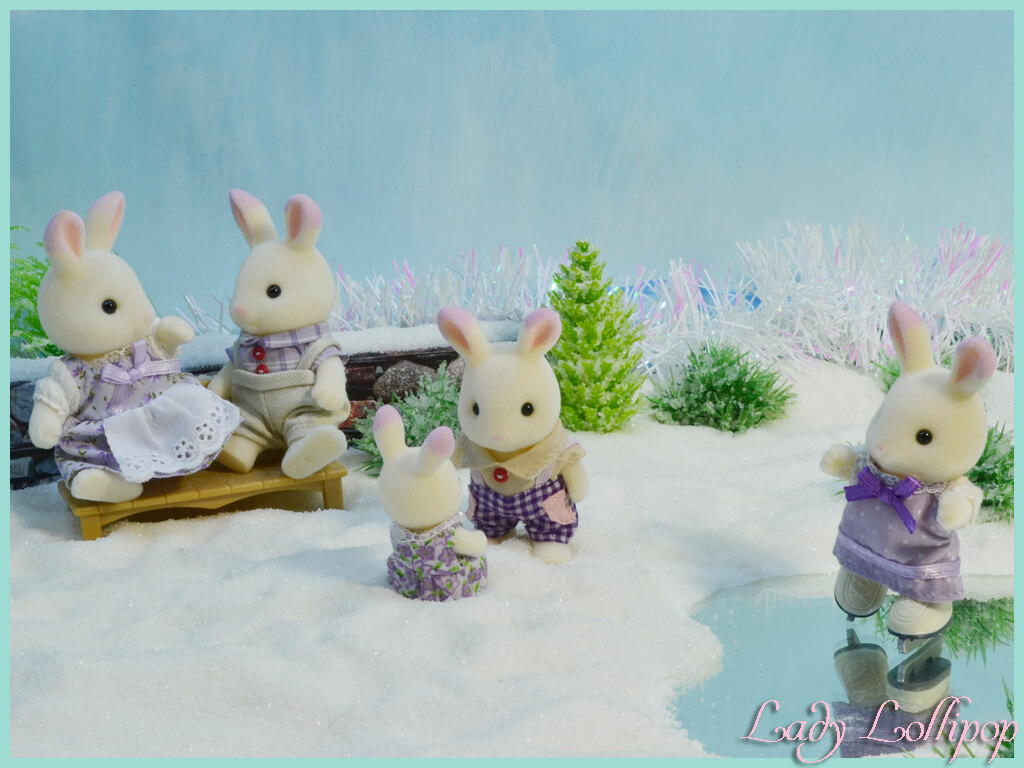 Even though the Lavenders often came to this little spot to ice skate, mother Lydia could never quite feel comfortable with her children playing in the snow - they might catch a cold and ice skating really is so dangerous if you think about it. Since the bigger spa resorts started opening all around them, Lydia had to rely on her children to help out in their own, much tinier, spa because they could no longer afford to employ staff.

Then of course there was the thought of all of the work that still had to be done at home and if her children got sick or hurt, Lydia didn't know quite how she would be able to manage taking care of everything. Therefore, Lydia was always the one who had to caution her children to be cautious on the ice and she always found herself yelling out warnings instead of ejoying their family outings. 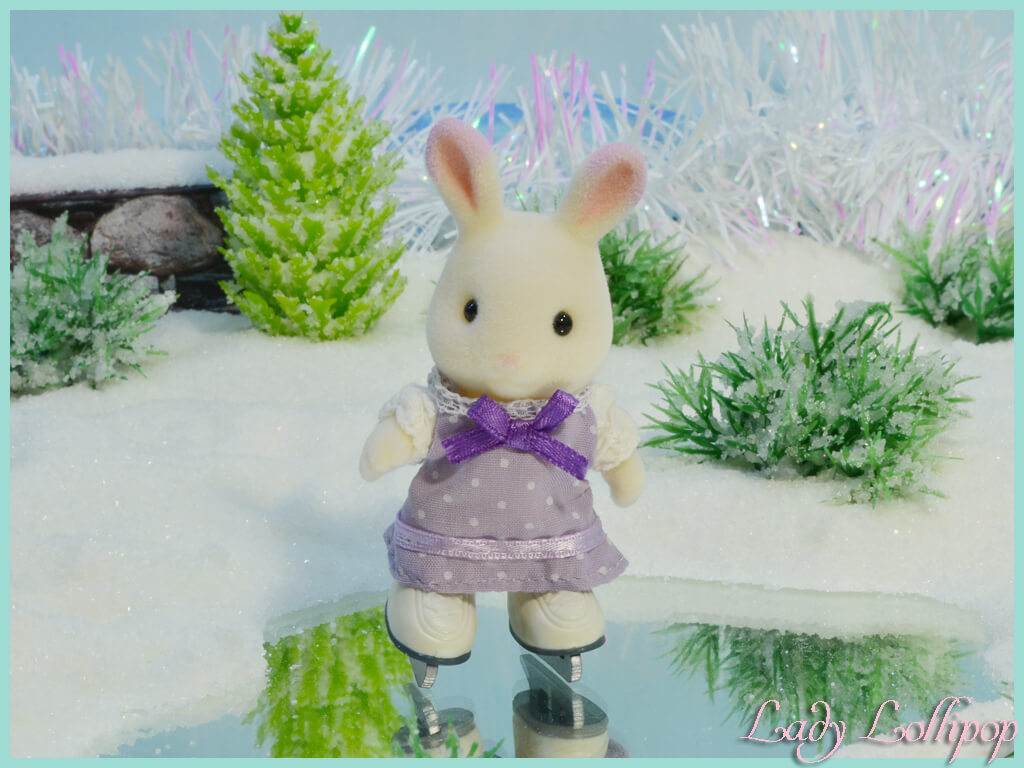 But, despite her mother's frequent reminders to be careful, young Violet loved ice skating so much that she couldn't mind about the dangers her mother warned her of so frequently and often tried twirls and jumps while on the ice. In fact, Violet dreamed of being a famous figure skater one day and often dreamed of skating in front of a huge crowd of critters, wearing a lovely glittery outfit and enchanting everyone around with her skill. 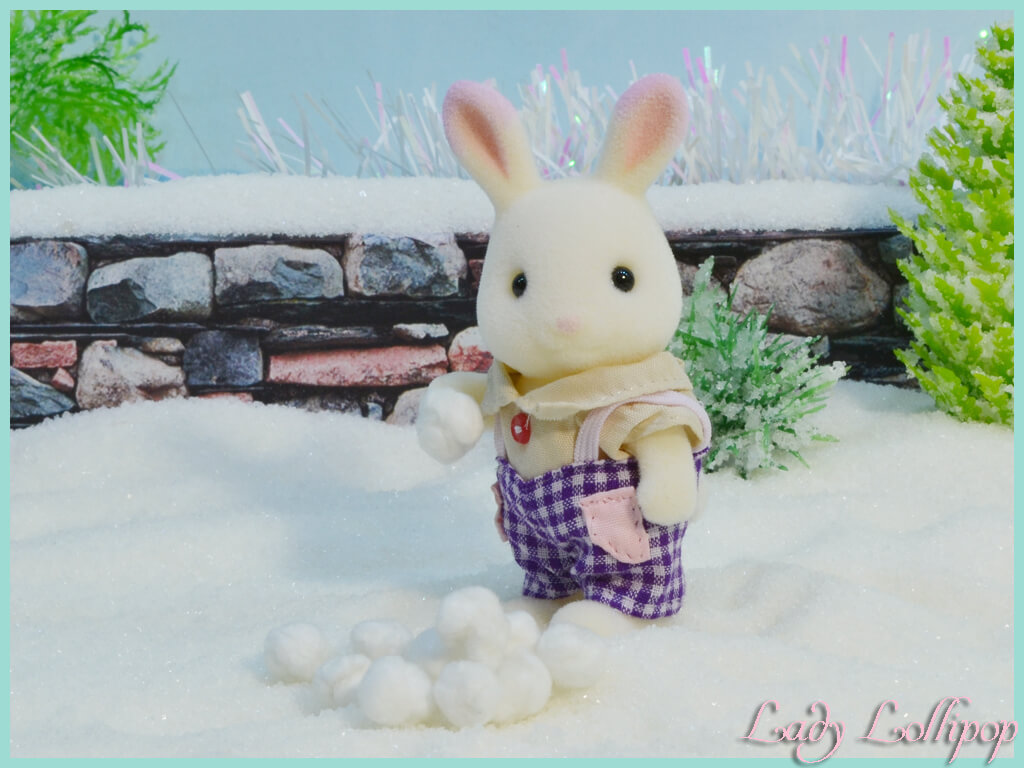 Her brother Tyrian, however, didn't have such big and bright dreams. In fact, he was quite content with living in the here and now and preferred to have snowball fights with his little sister whenever he had the opportunity. After all, she was a very annoying little thing and Tyrian felt that his weekend snowball fights were the only way that he had to get back at little Lila for always eating the very last cookie, licking the frosting first and snatching his toys when he wasn't looking. 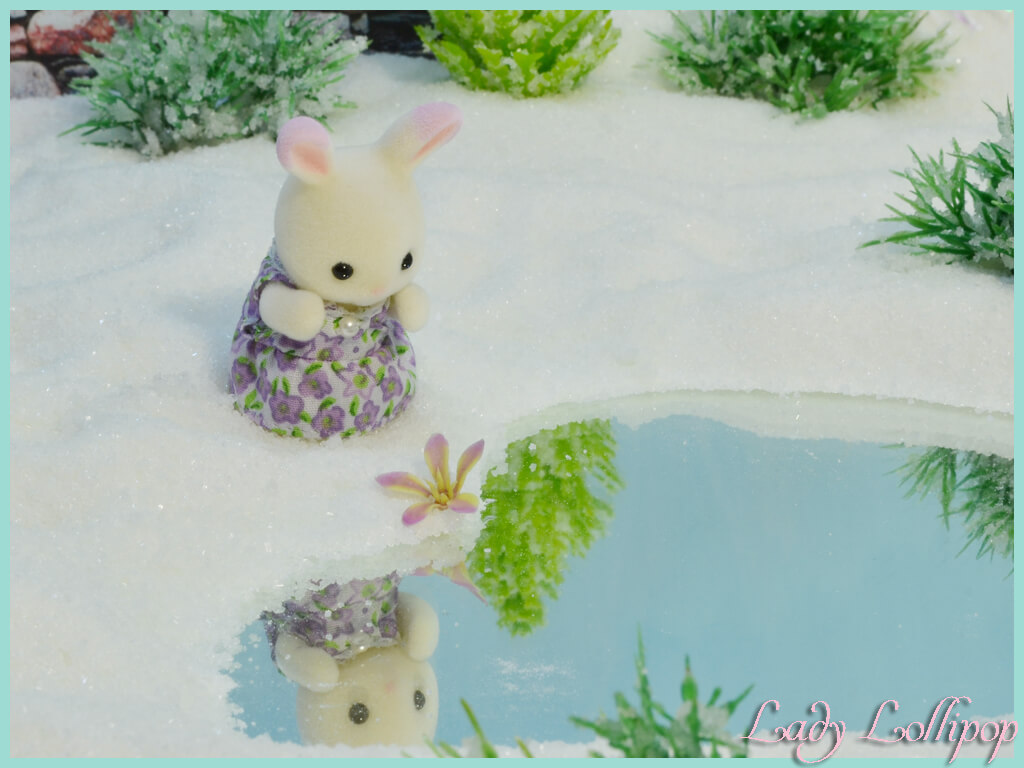 The tiniest member of the Lavender family, young Lila, lives in her own little fantasy world filled with magic, princes and princesses and she often sneaks into her big brother's room to snatch his wooden sword so that she and her friends can play pretend. 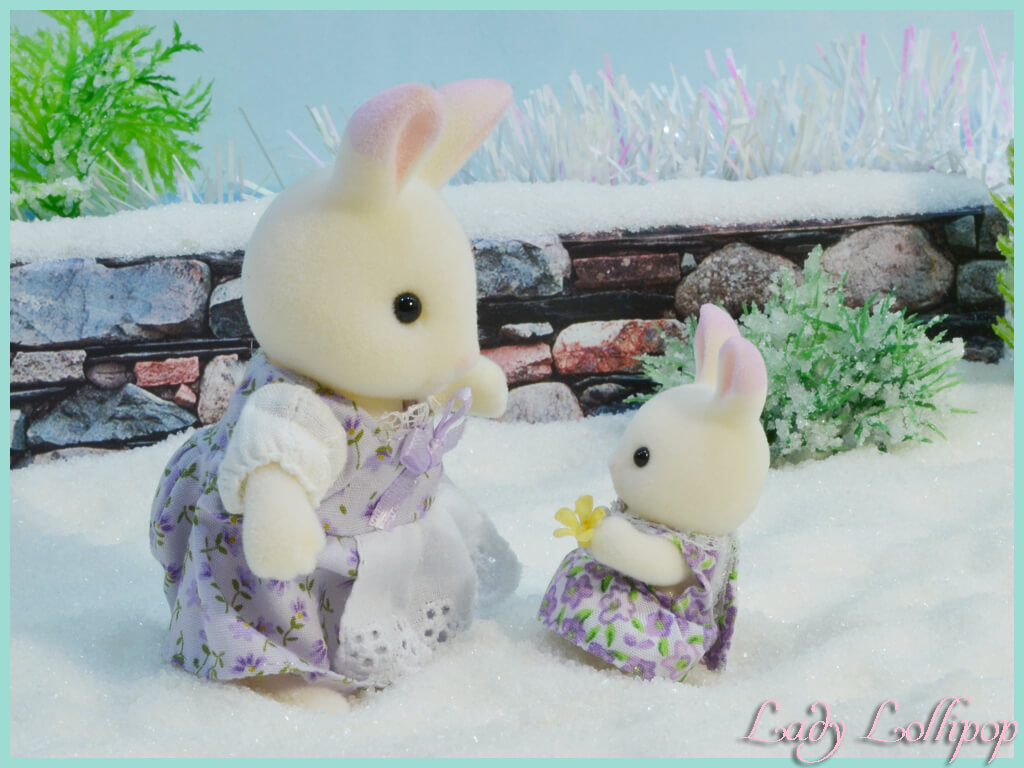 Carmine and Lydia were often surprised by the things that their youngest would come up with and on this particular morning, little Lila spent most of the morning looking for the perfect flower to present to her mother as a gift. This was no small feat, since there were not a lot of flowers around with all of this snow! 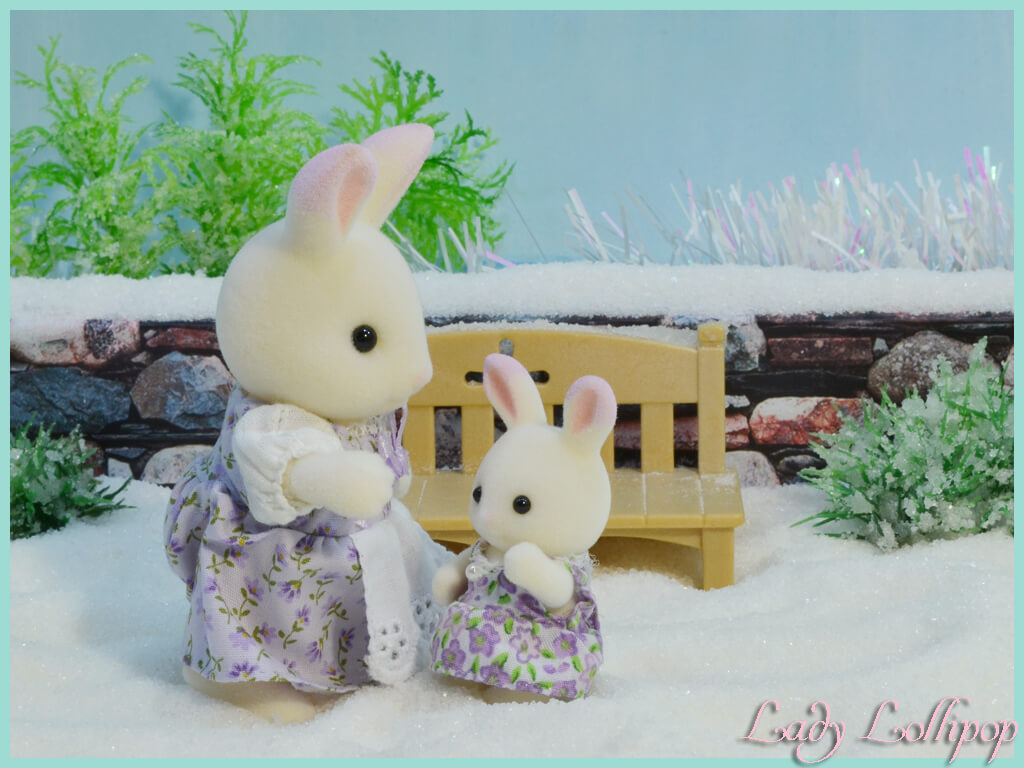 Even though things were getting tough with the bigger, flashier and more popular spa resorts all around them, the Lavender rabbit family were very happy because they had each other. But father Carmine couldn't help but worry that he wasn't giving the best to his family and as his children grew up, he started worrying about their futures more and more.

Adding to his burden was the thought of the happy young bear couple from a little village called Rooibosch Hill that recently visited their spa while they were on their honeymoon. Oh what wonderful stories they had to tell! Carmine wrote them all down to re-tell to his wife and children every night. After hearing all of the amazing things that they had to say, the Lavenders almost felt like they knew this idyllic village somehow. 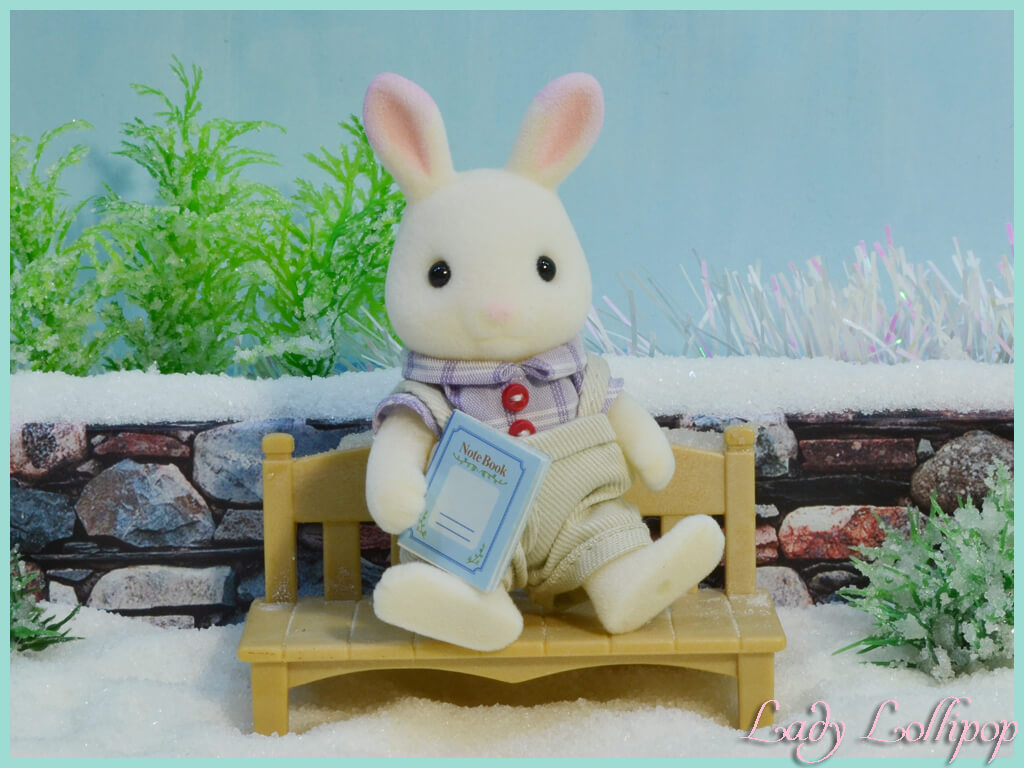 Carmine had often though about moving somewhere else and creating a new life for his family, but never felt right about uprooting them all and travelling halfway across the world to find somewhere new to settle. 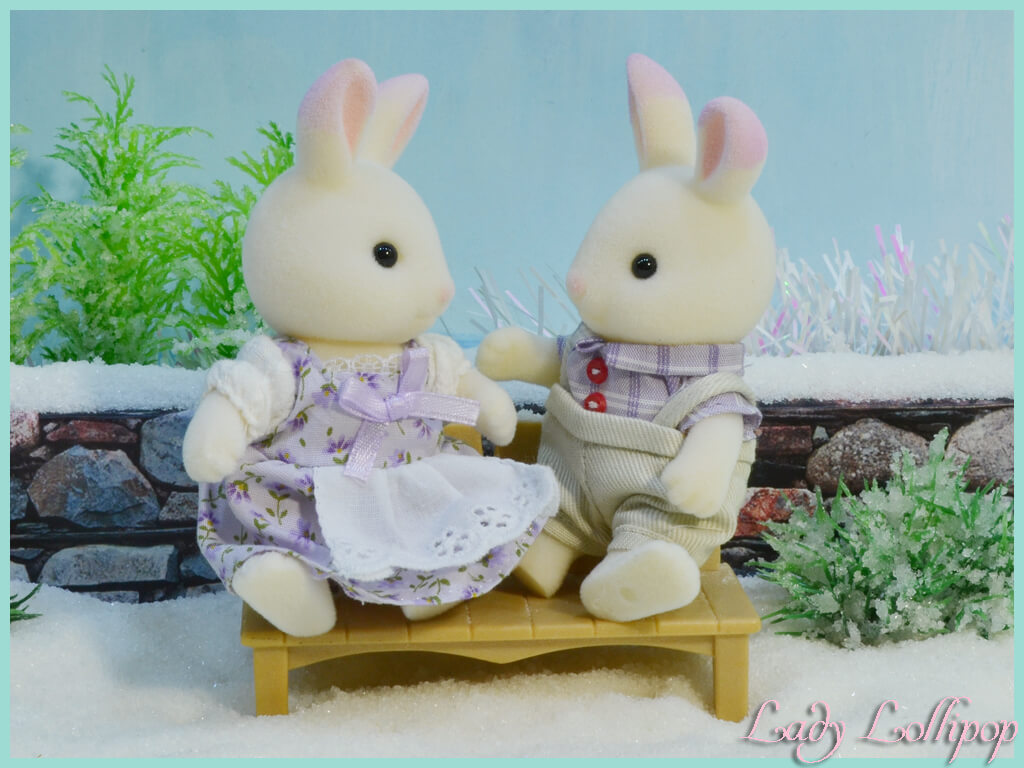 But after hearing all of the wonderful stories that these bears had to tell, Carmine couldn't help but feel drawn to this little haven so far away and decided to tell his wife about the idea, knowing very well that she was always the level headed one and would very likely talk some sense into him.

But nothing could ever have prepared him for Lydia's answer! After the happy young bear couple's departure, the same thoughts had been brewing in her mind. Especially since the children couldn't stop talking about the amazing village so far away, with its lovely parks, sandy beaches, lush orchards and wonderful confectionary shops...

Even though none of the Lavenders knew what new adventures awaited them, they were all very excited to take the leap and make the big move to the little village known as Rooibosch Hill. 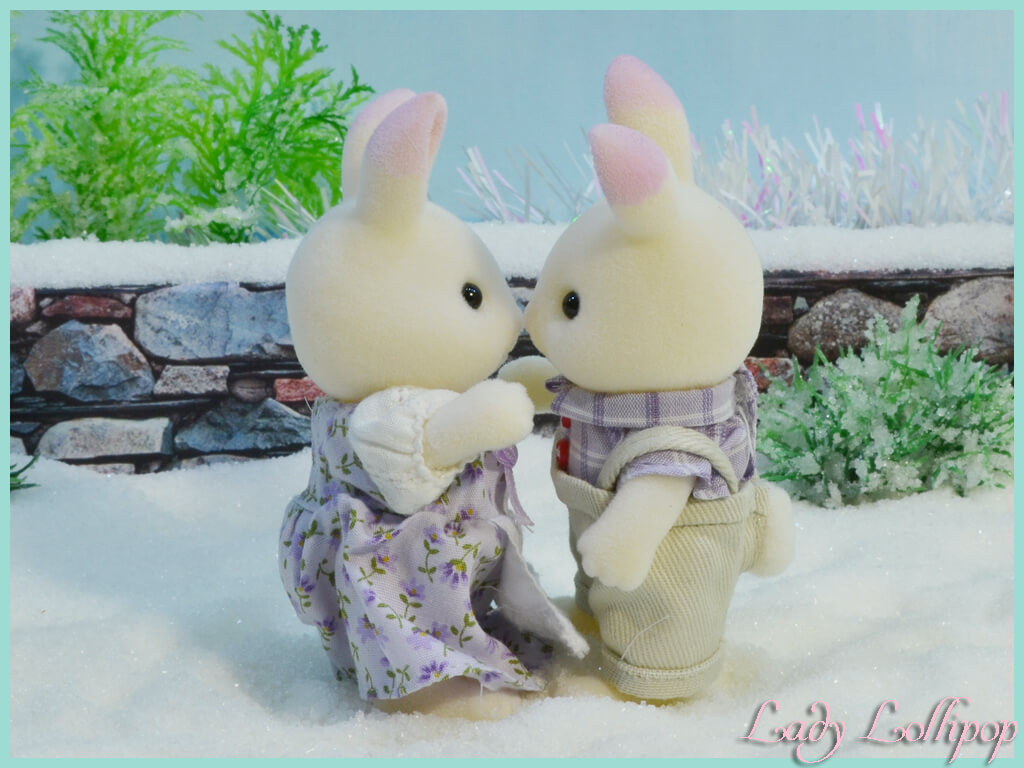