A few days after Thomas Nightingale’s arrival in Rooibosch Hill, the excitement from their new visitor started to subside. The boy still hadn’t woken up and the village still didn’t know any more about him than they did upon his arrival.

Since the winter was such a long one, all of the critterzens of Rooibosch Hill couldn’t wait to spend some time outside. The park was full of Sylvanians having picnics, fishing in the pond or tending to the community gardens. 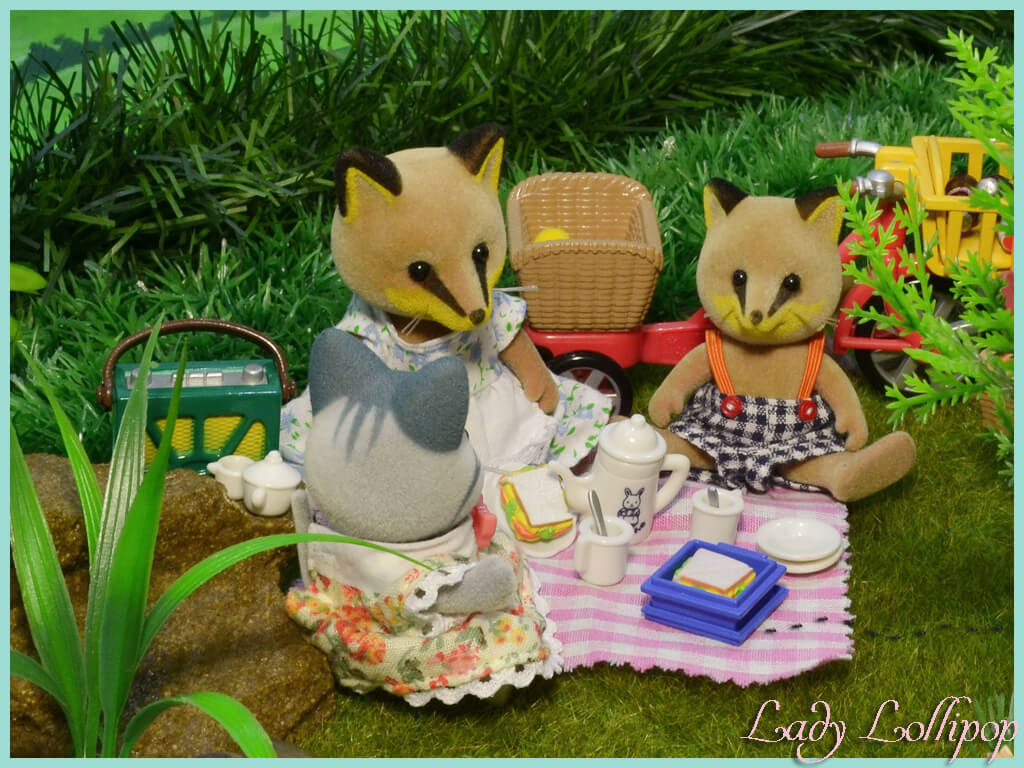 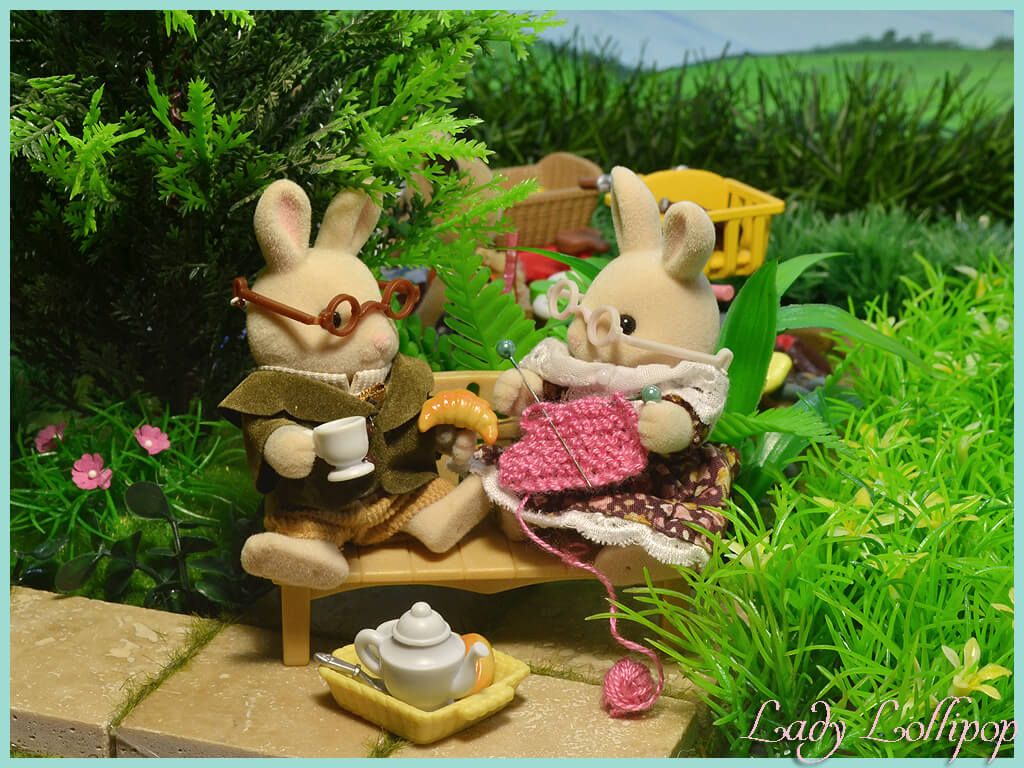 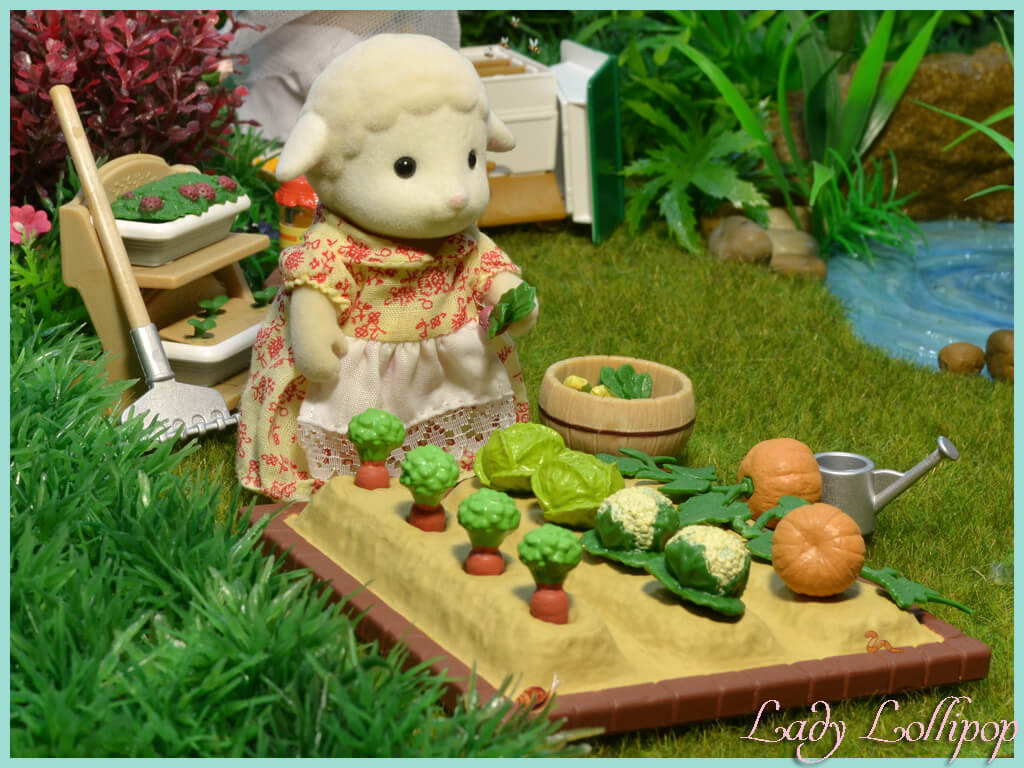 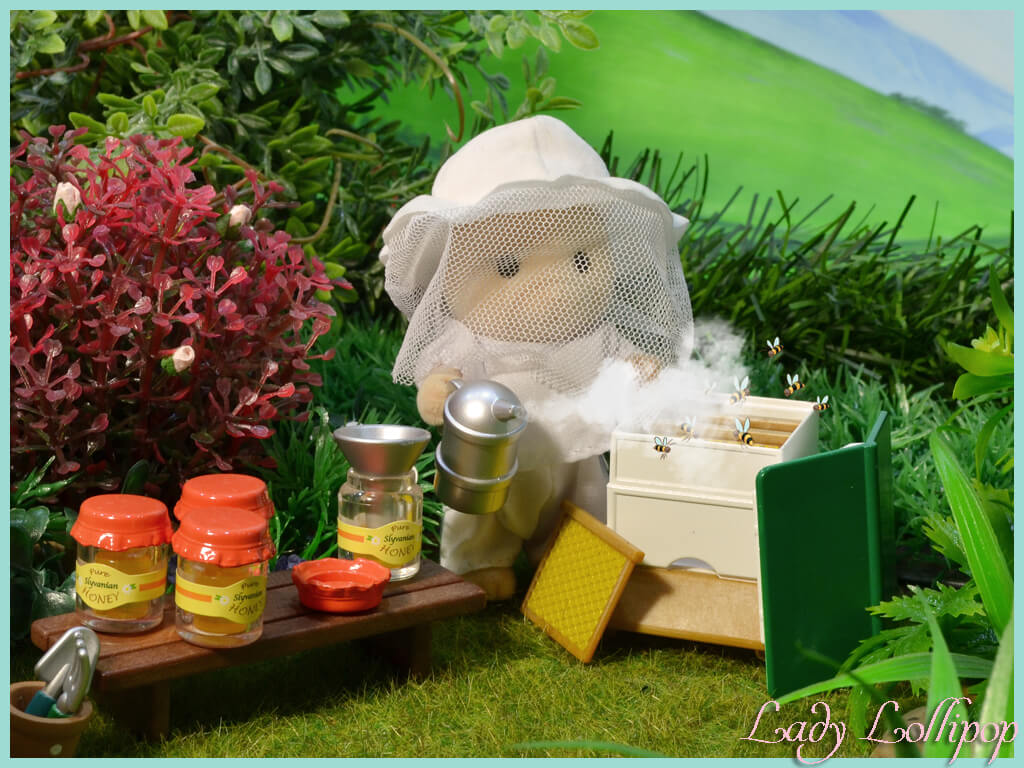 The rain had finally stopped, and when they were not out having fun in the sun, the villagers were all very busy with various tasks around town.

After all, it was the beginning of summer, which meant that most of the inhabitants of Rooibosch Hill had their hands full harvesting and tending their crops. Because the summer harvest season in Rooibosch Hill coincided so well with winter in Sylvania, Rooibosch had become famous for their crop exports. 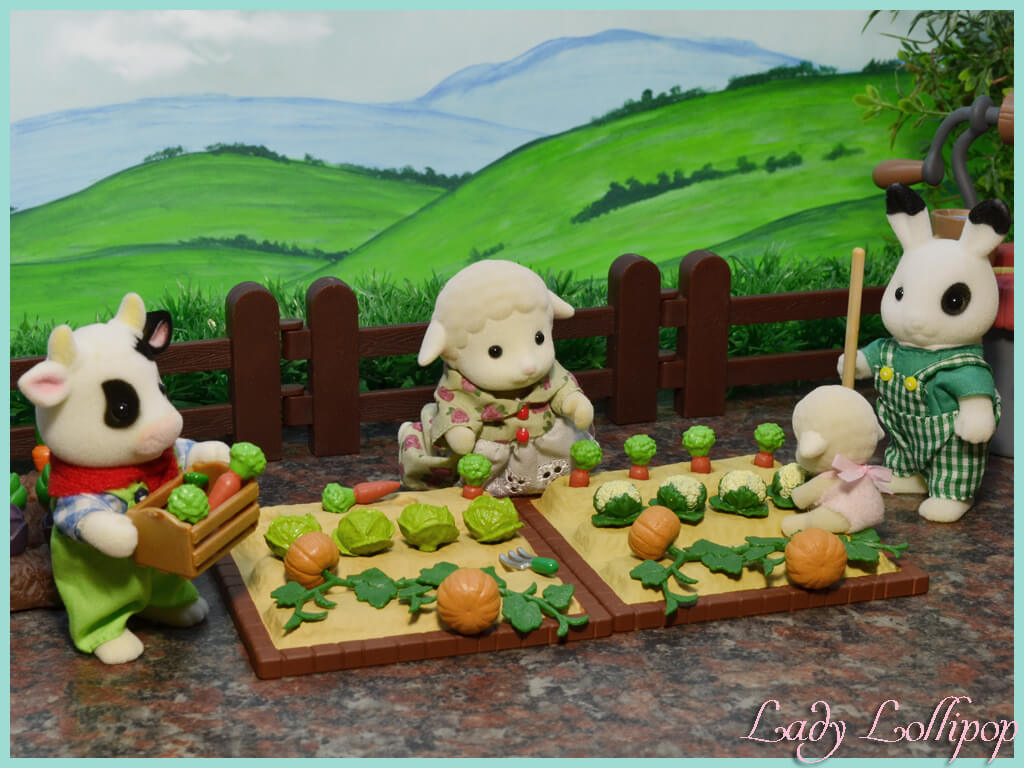 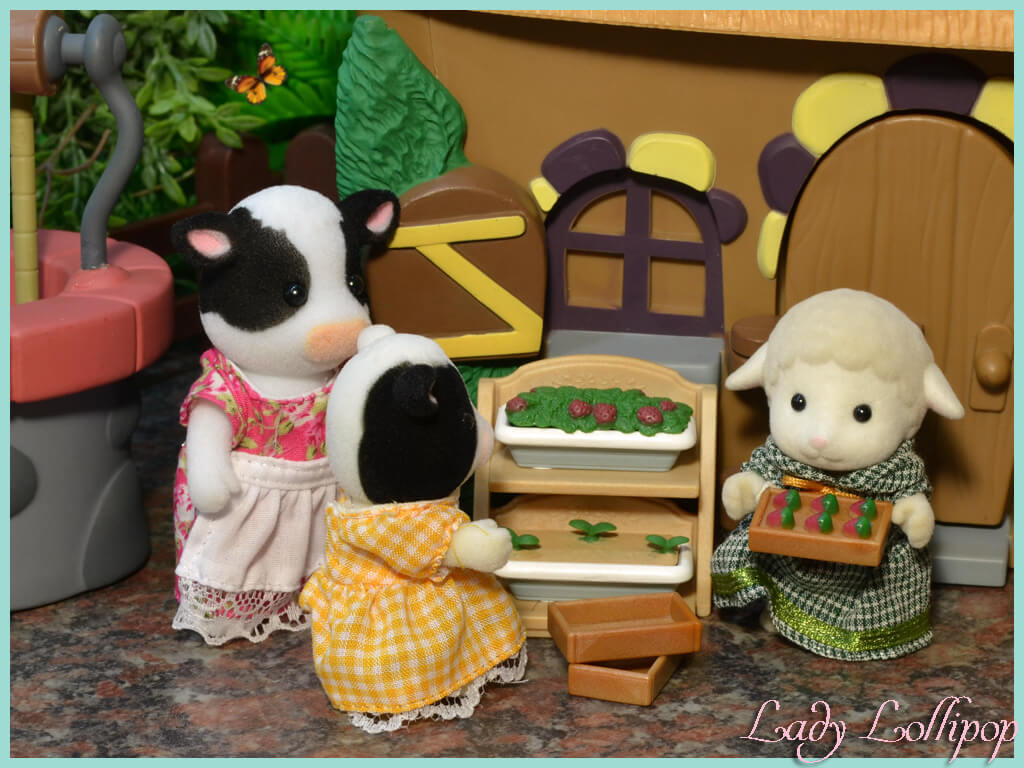 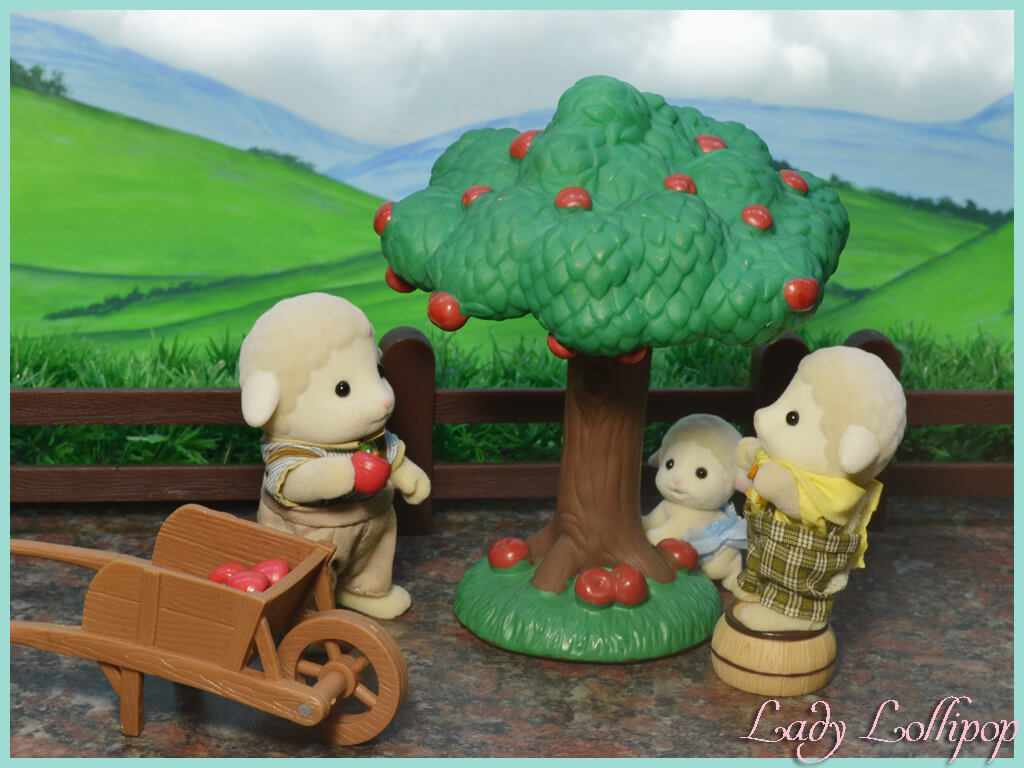 Because of the export market, Rooibosch Hill's economy has grown exponentially in the last few years. But, this also meant that harvest time was the busiest time of year for most of the critters in the village. Even the families who didn't own farms were hired to help out during these busy times and the children had lots of opportunities to earn extra pocket money during their summer holidays. 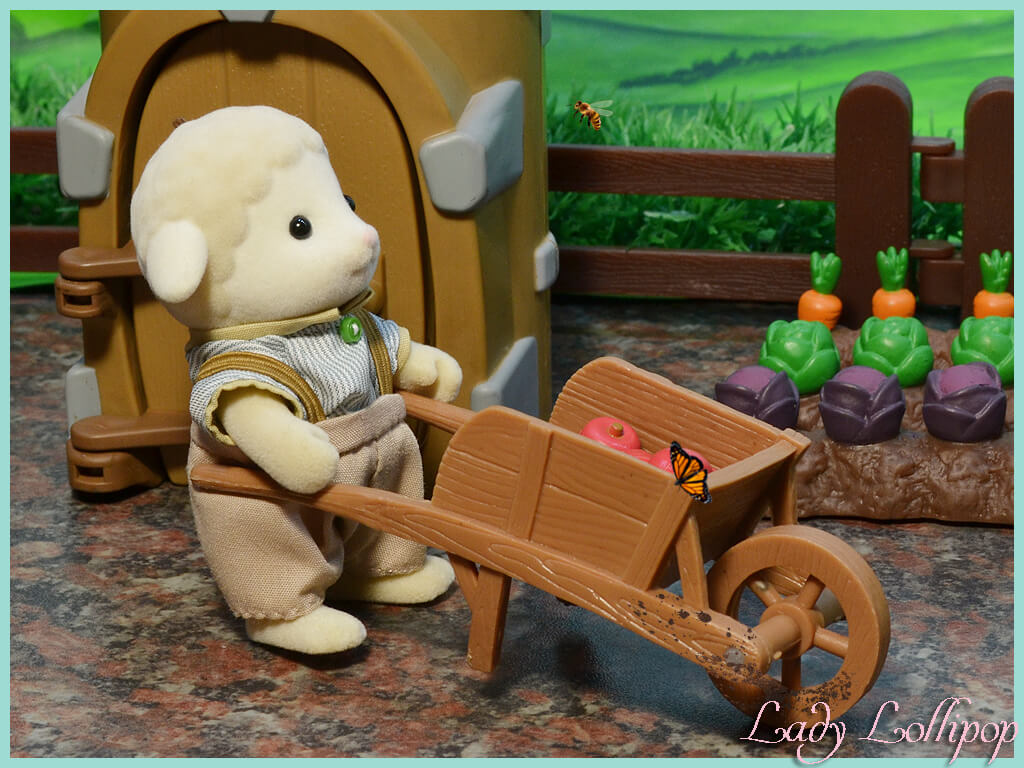 At sunset, when the critters were all tired and muddy and the picking was done for the day, the produce would be loaded up onto grandfather Angus Buttercup's wagon. He would then take the day's produce to the packaging warehouse where they would be washed and sorted according to size before being packaged up and shipped off to feed critters from far away lands. 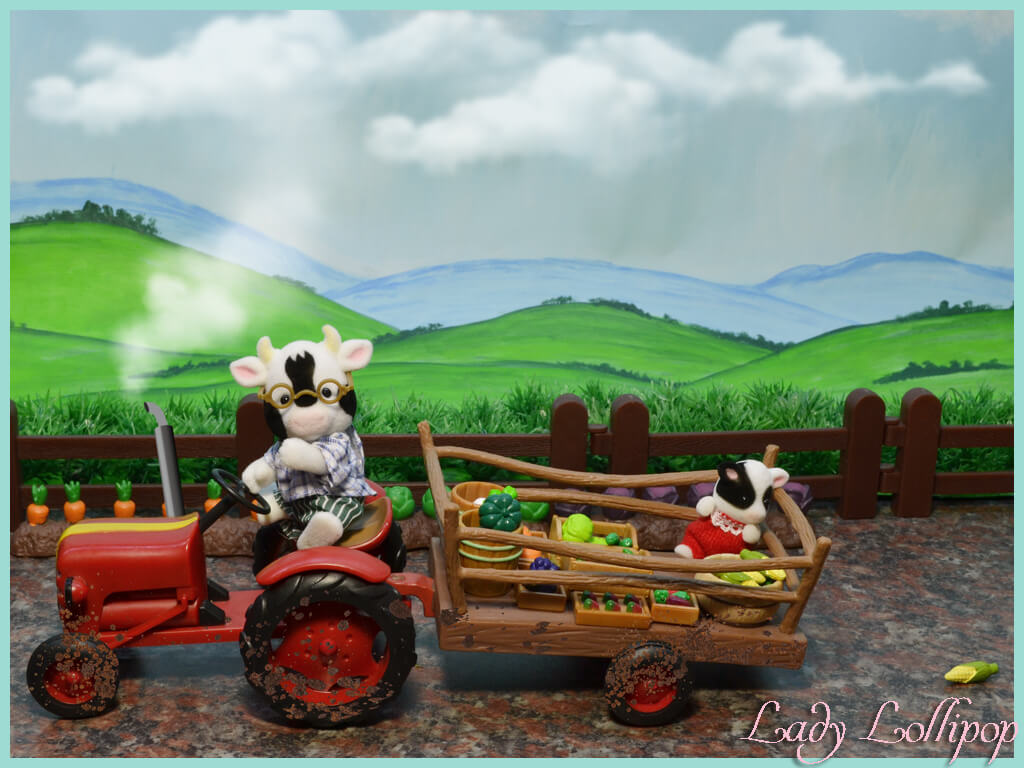 Then it would be time for all of the grubby critters to return to their homes, where hot baths, clean clothes, delicious dinners and soft feather beds would be waiting for them before they did it all again the next day. 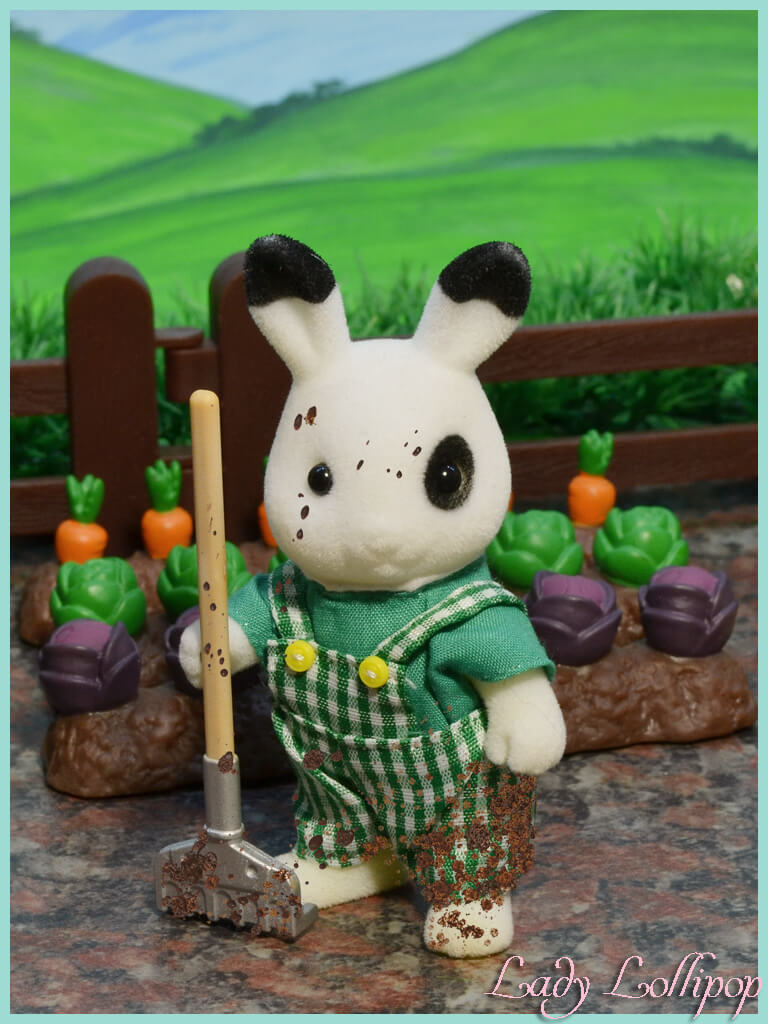 With so much going on at once, the events at the day-clinic were soon forgotten. The Silver-years had also started a fund-raising to invest in a better medical centre. Although Nurse Emily’s cottage was very cosy, it was quite restrictive in the amount of patients it could hold and it wasn’t too well equipped.

No one in the village really knew how much money the Silver-years had collected for the project, but they all tried to pitch in where they could, buying their homemade cookies, jams and pastries, even handmade scarves, mittens and tea cosies! The ladies of the Silver years weren’t going to give up on their project easily. But at the same time, the gentlemen of the Silver-years were equally as determined to do their part. Never before were the grandparents of Rooibosch Hill seen to be so dedicated, so productive, or so competitive! 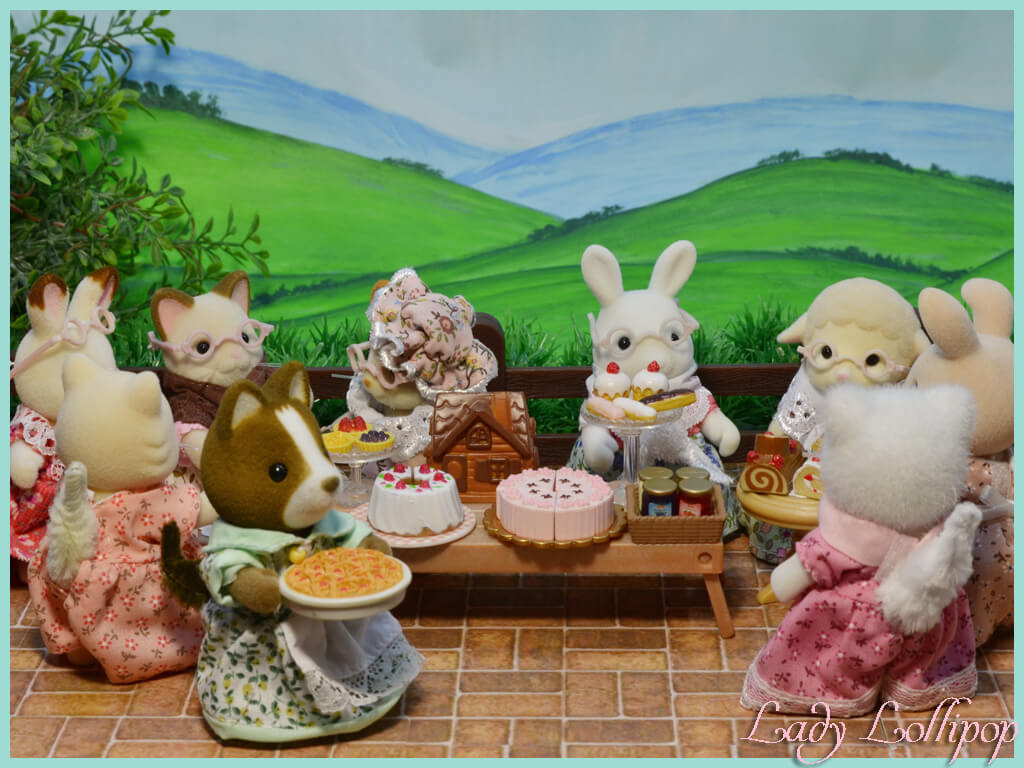 Grandmother Edith Snow-Warren was visiting the day-clinic to get a remedy for her aching hands without her husband Bernard finding out.

“Oh, you see dearie, it’s from all the knitting that I have been doing lately. Scarves, hats, mittens, tea cosies…” Edith’s voice drifted off and she gave a big sigh. “We have a bit of a competition going with the men, you see. Whoever gathers the most money by the end of the month wins! And we ladies are not going to go down without a fight! Oh, heavens! Will this concoction of yours stain my fur!?” Grandmother Edith exclaimed as she looked down at the green herbal blend in Nurse Marjorie's hands. 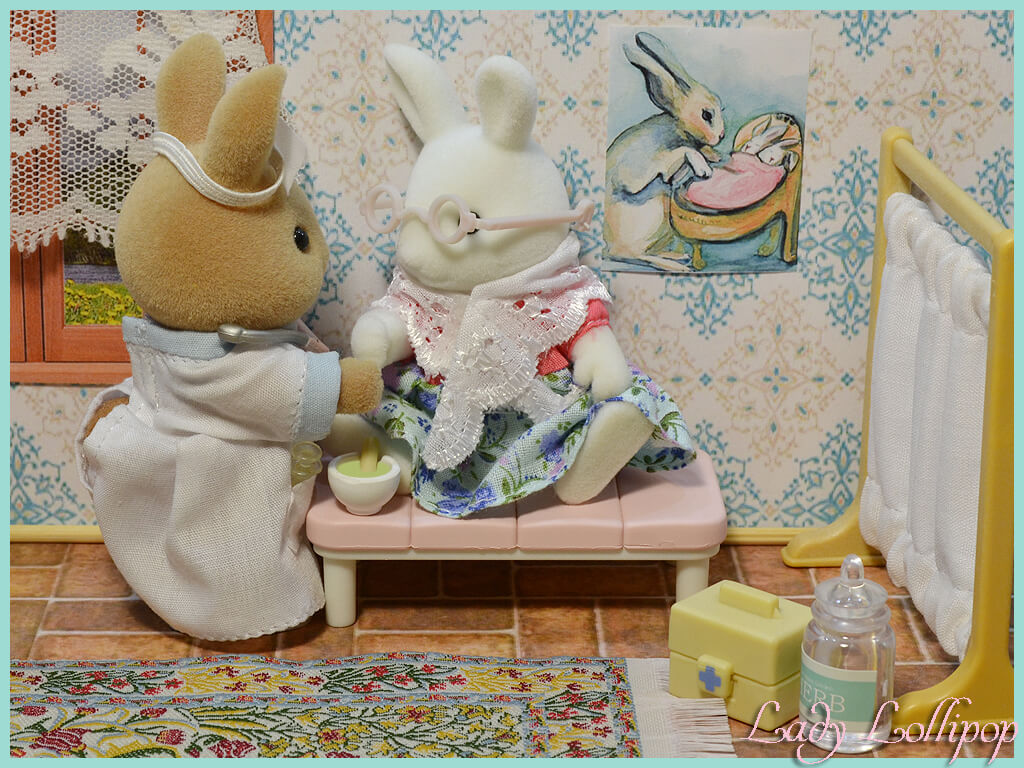 Nurse Marjorie giggled a bit as she massaged Edith’s hands with her own special blend of healing herbs. “Don't worry Mrs. Snow-Warren, the green colour will wear off in a few minutes and it washes off very well if it gets on your clothes. I’ll have Thomas write you a prescription for some medicated oil to help with the stiffness and pain in these hands.” She added. “Tell me, Edith, what exactly are you raising all of this money for?”

“Why, for a shiny new hospital for Rooibosch Hill, of course!” Grandmother Dove Dale replied with a smile from the other side of the room. 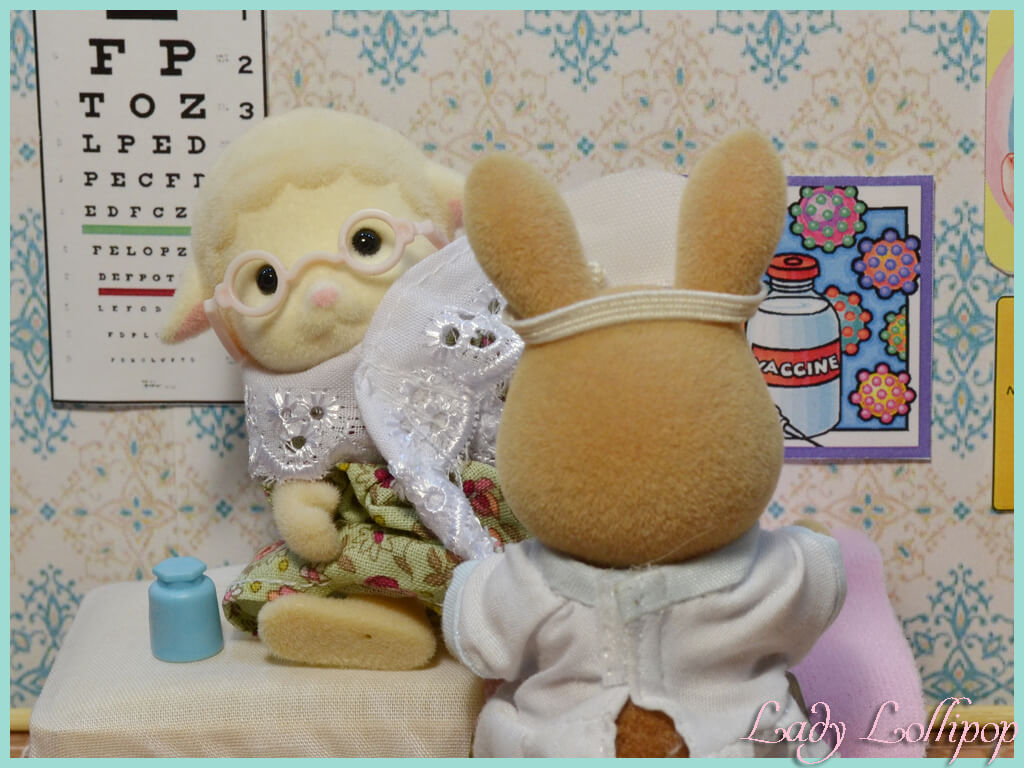 She had been spending so much time in front of the stove lately, that she could barely stand on her feet! Nurse Emily was busy rubbing Dove’s feet with some medicated herbal ointments to help the swelling go down.

“Well, it sure does look like you ladies are committed to your goal, judging by all of the bake sales, raffle tickets and knitted scarves floating about lately.” Nurse Emily added with a sigh. “However, I am afraid that the costs of building a hospital would be very high. Things are quite expensive these days and the building costs would just be the beginning of the expenses…” Nurse Emily tried to break the news to the two old ladies as gently as she could, but she couldn't help but think that they still lived in a rather different era as far as money goes. 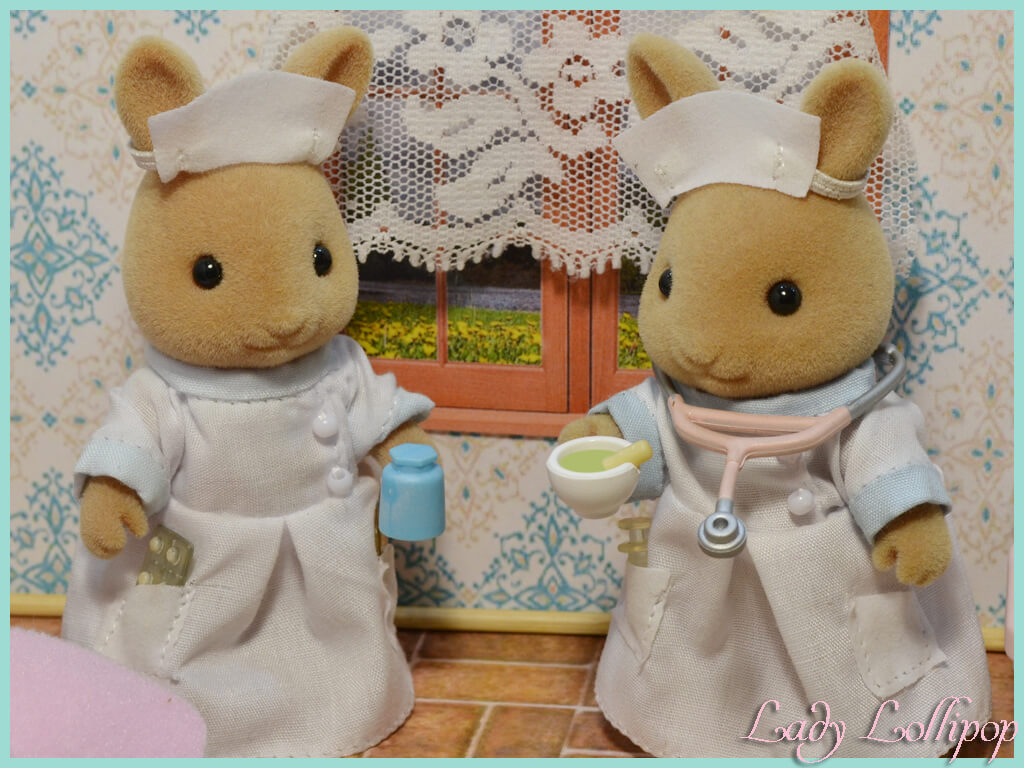 “That’s true.” Nurse Marjorie added with a sad smile. “It would be wonderful to be able to help the villagers in a properly equipped hospital though. Just like back in Calico Corners. They had such a lovely hospital there.”

Grandmothers Dove and Edith smiled at each other, but didn’t say a word. 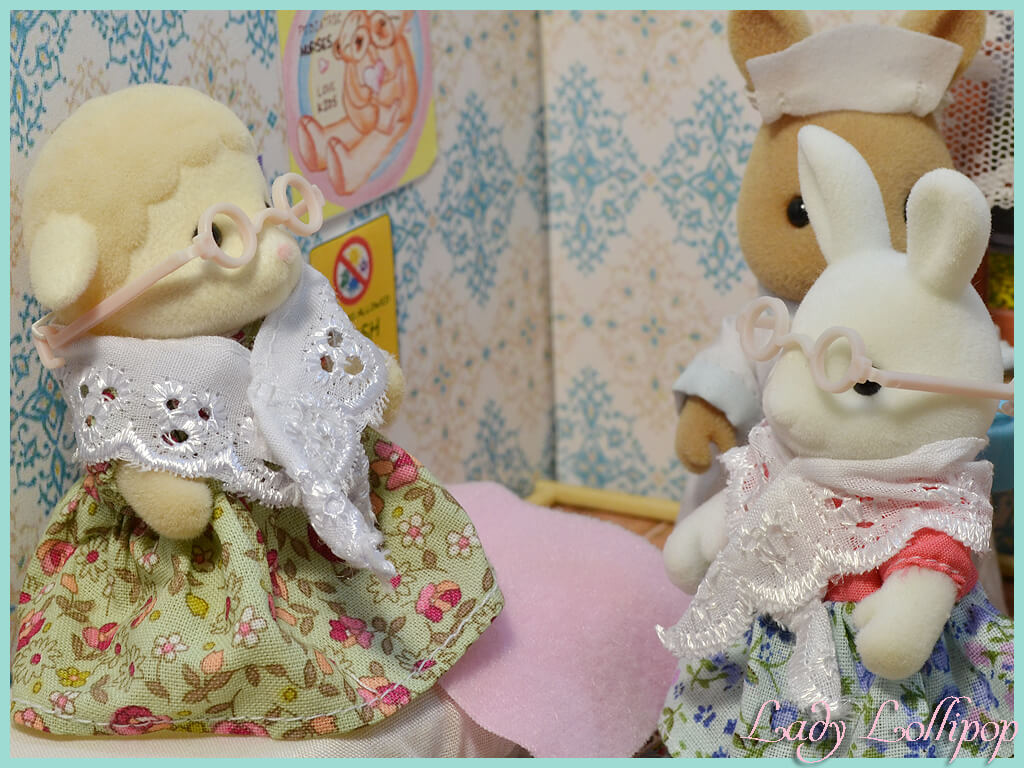 Just then, Thomas came strolling in with the wheelchair that was still on loan to them from Dr Waters’ practice. In the wheelchair, however, sat a small boy looking very sad and lost indeed. 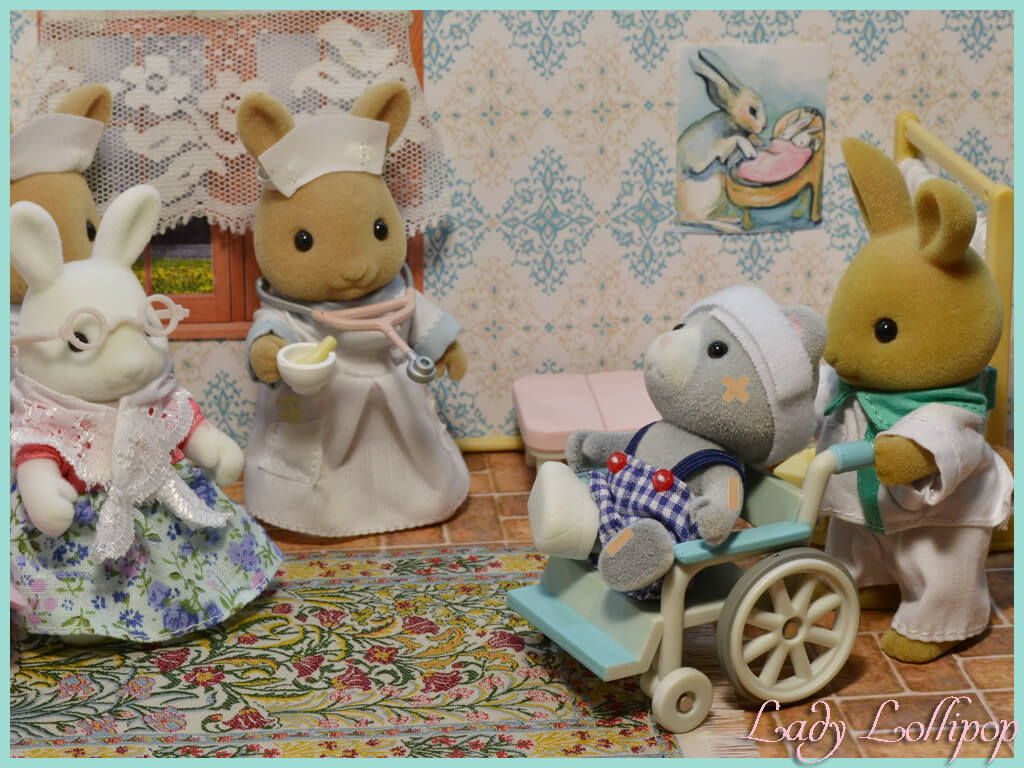 “Well, would you look at that? Our little guest is awake.” Nurse Marjorie smiled.

“Look who is awake, everyone.” Thomas announced. “I would like to introduce little Owen Bearbury!”

Everyone welcomed little Owen to Rooibosch Hill and very excitedly started asking about his great adventure.

“Well…” The young bear started with a shy smile and just a hint of tears in his eyes. “I remember that mother and father sent my sister Angeles and me to come live with our aunt and uncle in Africa. Stan and Olive Butler, they own a tour bus company taking people on safaris. Our parents thought that it would be a good place for us to learn about the world and if we liked it, it would be a great opportunity for us to get into the tourism market.”

The young bear looked around at the people around him, as though searching for something before continuing.

“Angeles and I were to meet uncle Stan at the train station, but he telephoned to tell us that he would be sending one of his busses with a driver to come pick us up instead. We met the driver and had such fun exploring the bus. The last thing that I remember is that it was getting quite late and Angeles and I were getting very sleepy. So, we curled up on the seats of the bus and went to sleep.”

Everyone was listening to his story very attentively and grandmothers Dove and Edith cooed reassuring words to the little bear in-between the pauses.

“The next thing I knew, I was shaken awake by a big bump! Then it felt like I was flying and I can’t remember any more.” At that, the young bear’s eyes welled up and he had to bite his lip not to break down and cry as a large tear rolled down his cheek.

Nurse Emily excused herself to take Owen to the kitchen for a big slice of cake and a mug of hot cocoa, while Marjorie finished up with the old ladies and Thomas went off to tell Constable Roberts of the new information that they had gathered. 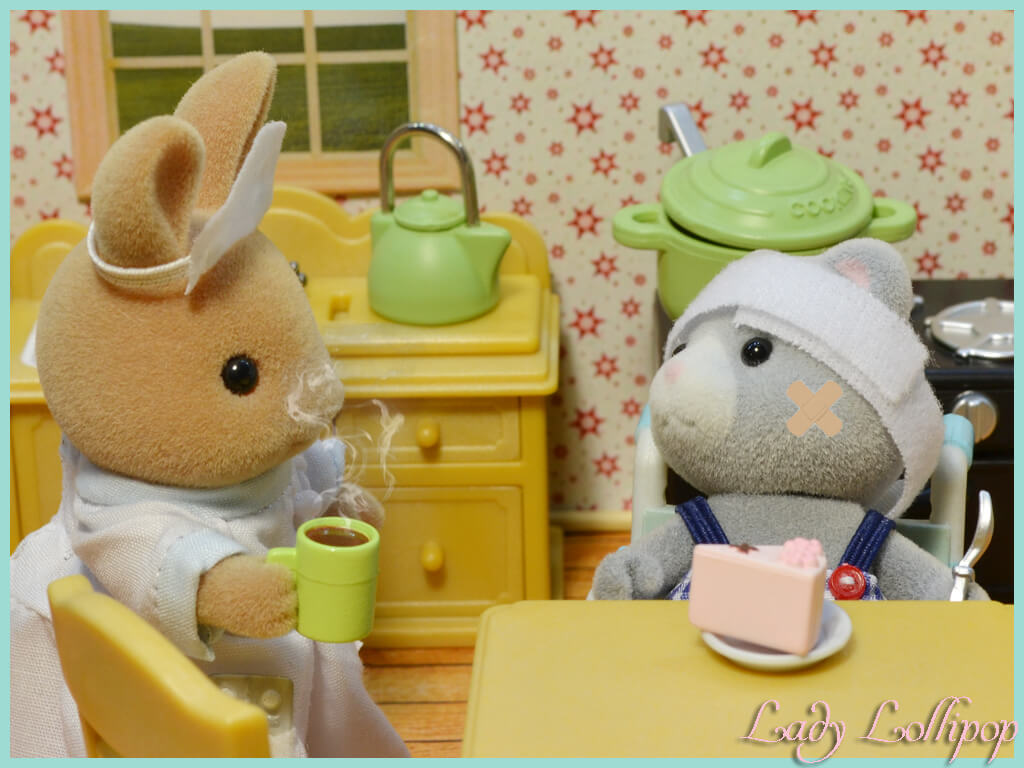 “There, there now.” Emily said as she placed a slice of her special cake in front of Owen. “Constable Roberts is sure to find your aunt and uncle soon. In the meantime, we will take extra good care of you until you are back on your feet.”

Owen could only manage a small, sad smile. Thinking of being alone in a village where he didn’t know a soul was very scary indeed! 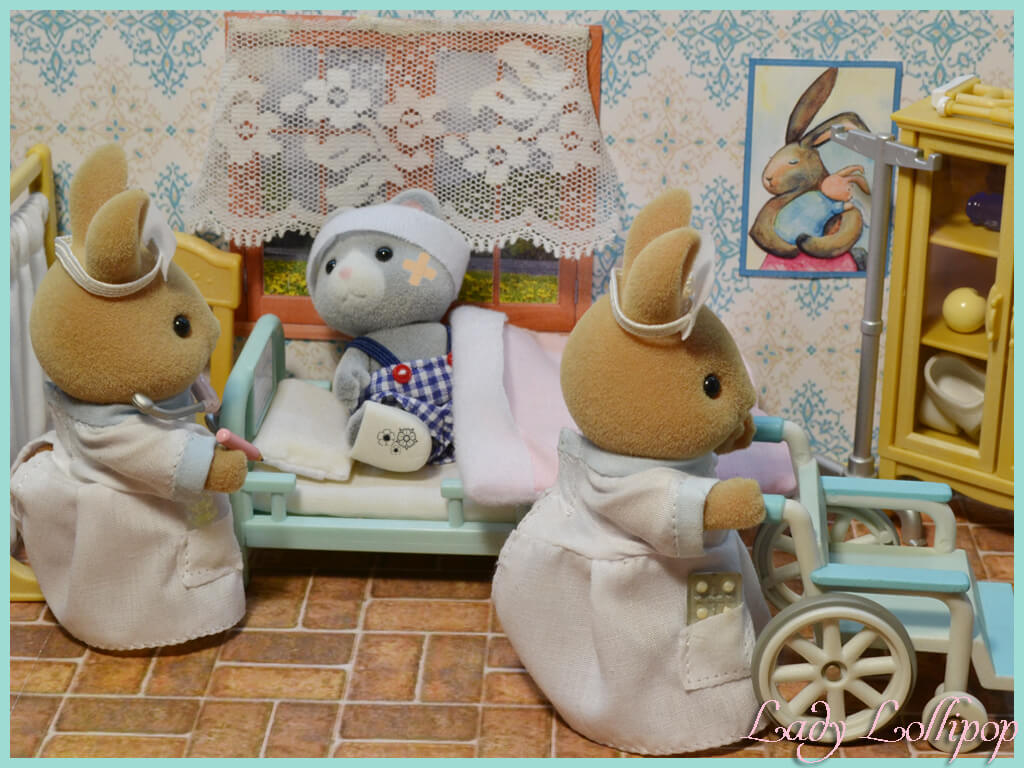 After he had finished his cake, the nurses put Owen back to bed and dressed his head wound again. Nurse Marjorie even took a pen to Owen’s leg cast and drew him some flowers to cheer him up.

It felt like a lot of time had passed since he went to bed, and Owen found that it was already dark when he awoke to the sound of chattering voices. He looked around, but it was too dark to see. He thought he recognised one of the voices, but couldn’t be sure… 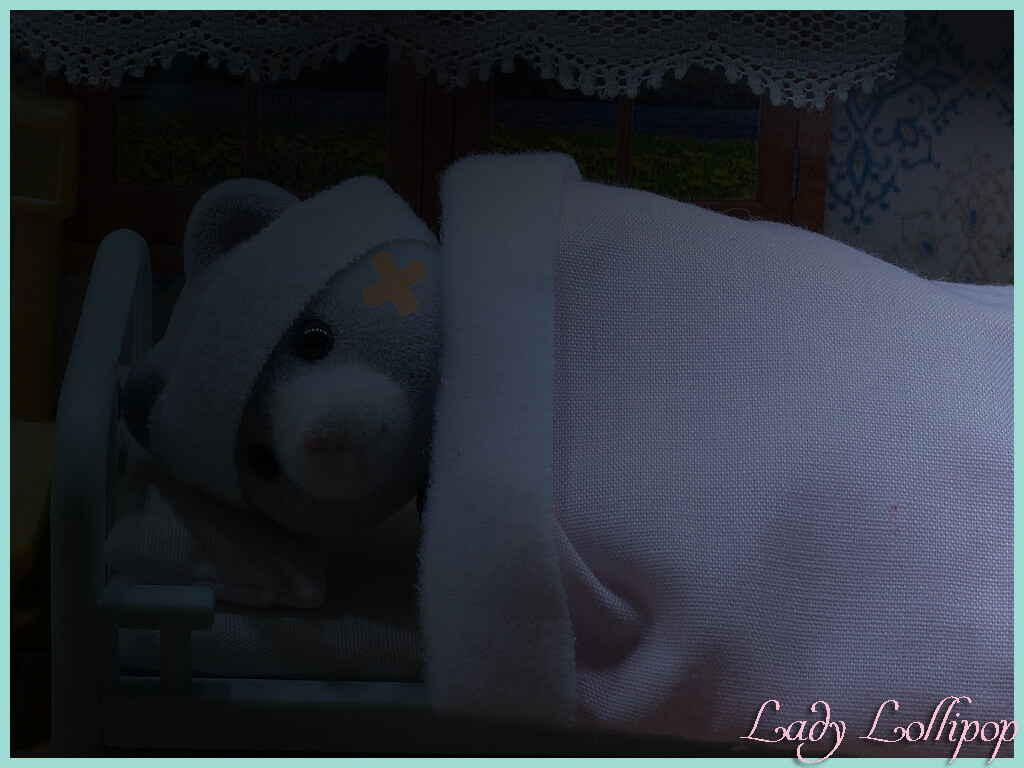 Just then, a familiar face peeked in through the door. It was Owen’s little sister Angeles! She ran to him and gave him a big hug. Owen had never been so glad to see his sister in his whole life! 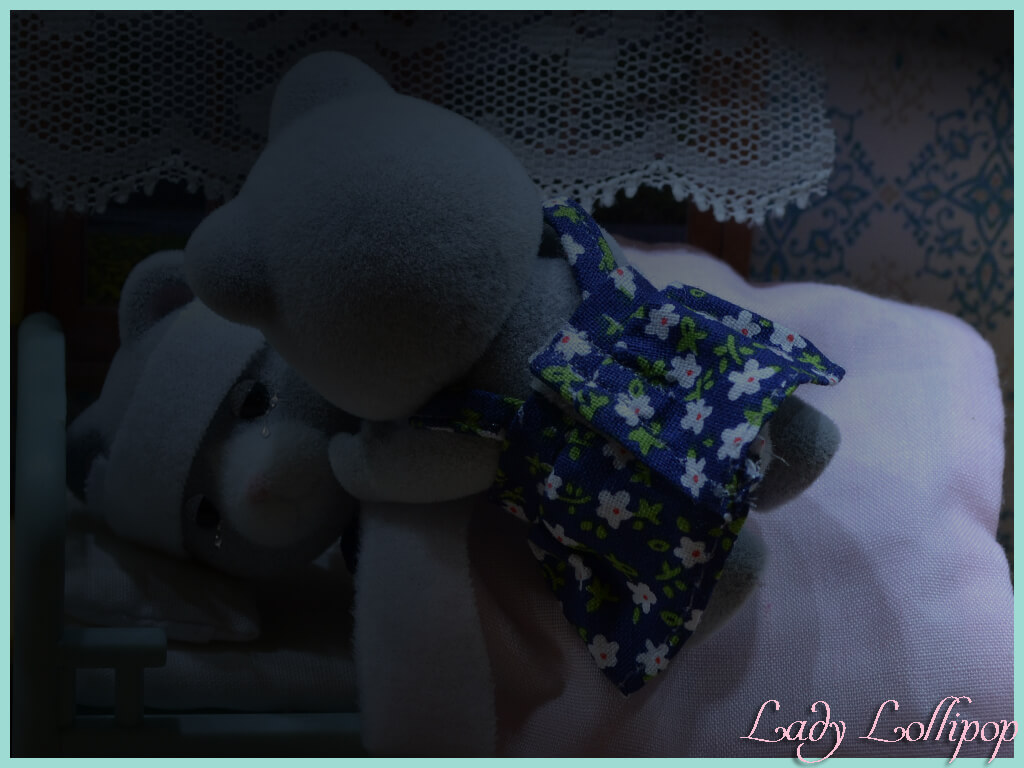 The lights flicked on, then his aunt and uncle walked in and there were hugs and tears of joy all around. 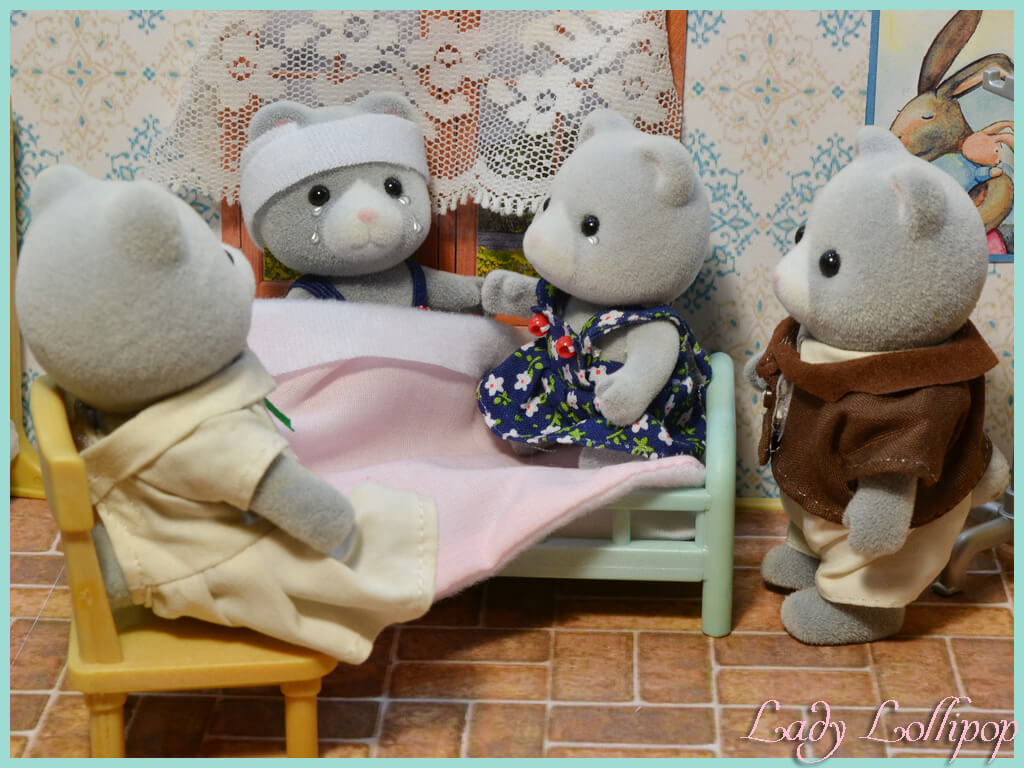 Constable Roberts had tracked down the Butlers with the information that they had managed to get from Owen’s recollection of the events. When Uncle Stan’s driver arrived home with only one of the children, the Butlers started a panicked search all over to try to find the misplaced boy. By the time that they had backtracked to where Owen had taken his tumble, Thomas had already found the little bear and they were already on their way to Rooibosch Hill!

“Oh my darling, we were so worried!” Aunt Olive cooed.

“I’m glad that you are safe, my boy.” Uncle Stan added. “And you have some great battle scars to remind you of your adventure too!” 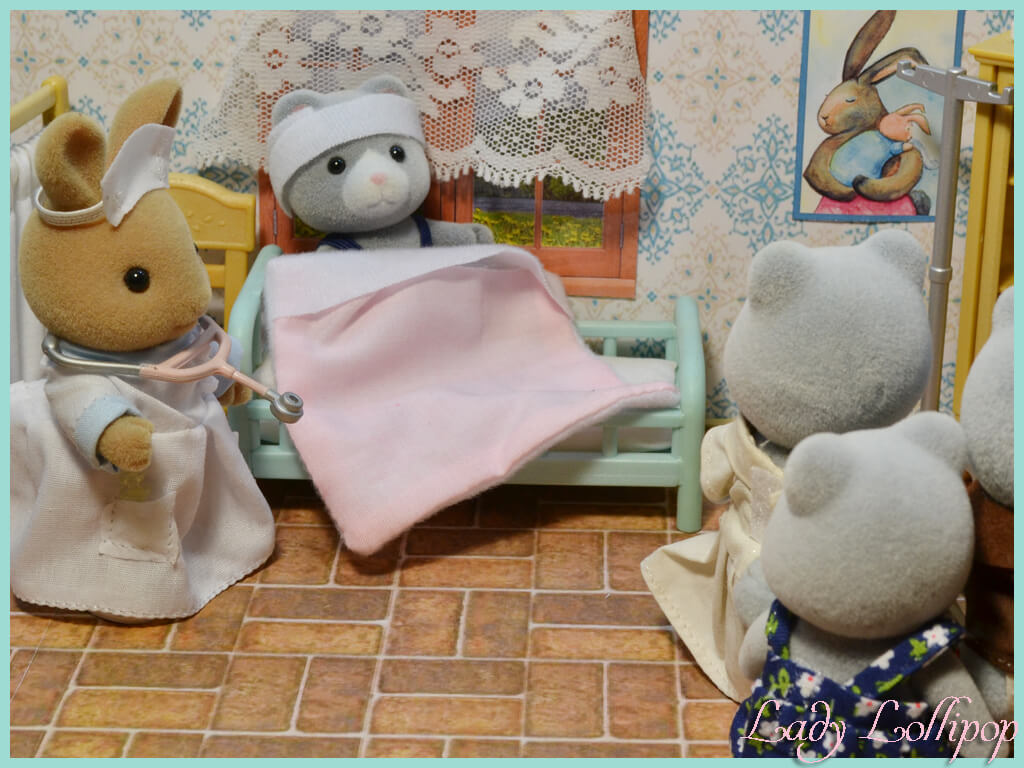 After some more chatter, hugs and laughter, Nurse Marjorie ushered all of Owen’s visitors out of his room so that he could get some rest, promising that they would all be back to visit him the next day.

Constable Roberts had arranged for the Butler bears to live with Horace Honeybear in Rooibosch Hill for the time being, while they wait for Owen’s leg to heal enough for him to go home. Until Owen is well enough to travel again, they would all take a little vacation in Rooibosch after the stress from the accident and the few days that Owen had been missing.

That night, everyone in Rooibosch Hill slept well again. The Butlers had found their missing nephew, Owen found his family and Constable Roberts felt very important as it was the Constable himself who tracked them all down. Thomas was happy to be home, Emily was happy to have Thomas home and Marjorie was just glad that her family was happy and safe. Even the grandmothers and grandfathers of Rooibosch Hill slept better that night, with just a few less niggles, aches and pains than before due to their wonderful nurses’ love and care.