Lawrence Columbus has been sailing the seas since he was a little boy. He used to love it when his grandfather told him tales of adventures on the high seas while they sailed to strange and wonderful lands far away. To Lawrence, life is one big adventure!

Now, Lawrence has a family of his own and he is the one telling the fascinating stories to his own children. Lawrence and his wife Doris still live a life of adventure on the oceans of Sylvania, but sometimes they feel a bit guilty taking their children along on all of the trips.  All three of the Columbus children are home-schooled, so they don’t miss out on school work, but they do miss their friends when they sail around the world for months on end.

The Columbus family has always been responsible for shipping all of the interesting foreign products to Sylvania. Spices, rugs, textiles, exotic fruits and vegetables… They have been all over the world, and Lawrence knows the trade routes well. 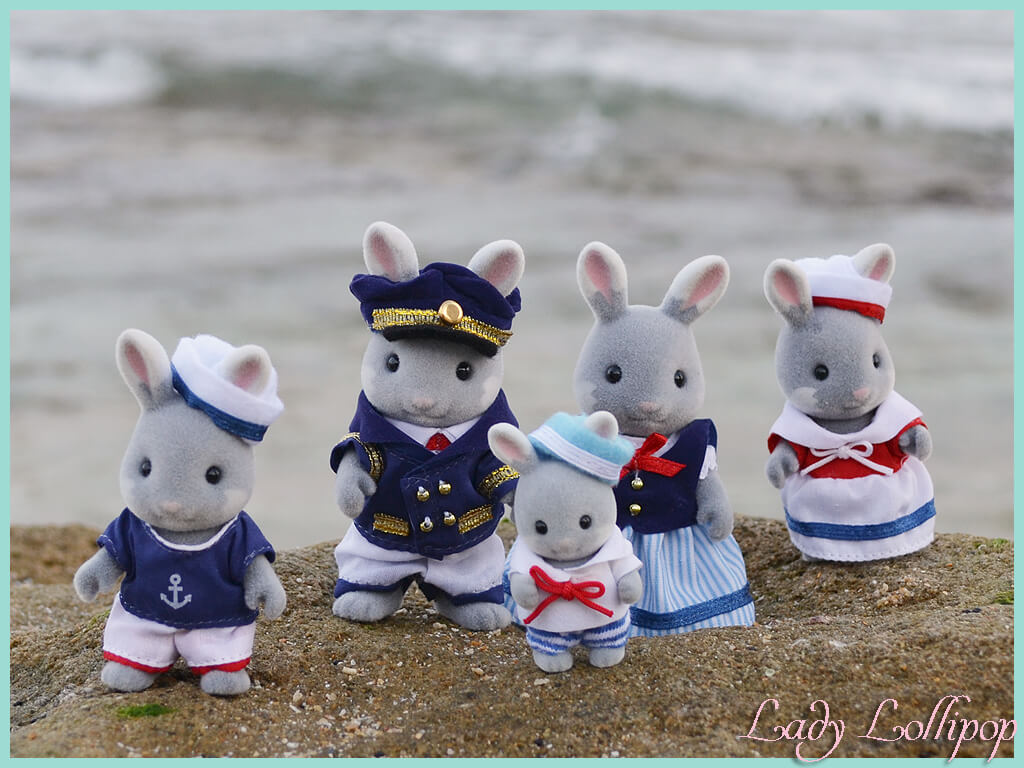 On this particular trip, the Columbus family was on their way to collect a shipment of wine from the George Harbor in South Africa for the Sylvanian restaurants. While they waited for the cargo to be loaded onto their ship, Doris and Lawrence decided to take their children for a walk on the beach.

Their son, Tristan, loves pretending to be a pirate and he is always looking for buried treasure. He spent the day digging in the sand and picking through the shells and pebbles that have washed up on the beach.

Their oldest daughter, Morgan, doesn’t love the seas like her parents and brother, but she does love to write letters and postcards to all of her friends back in Sylvania telling them about all of their adventures. On their way to the beach, the Columbus family stopped by the Postal Tree so that Morgan could send off her stack of envelopes.

Baby Nessie, loves the ocean just as much as her parents do! Even though she is still just a baby, she already loves traveling to all the interesting places that her family visits on their trade-trips. Her favorite part of the trips is spending time on the beach building sand castles!

It was nearly time for lunch when Doris spotted a lovely little hill that would be perfect for having a picnic on. 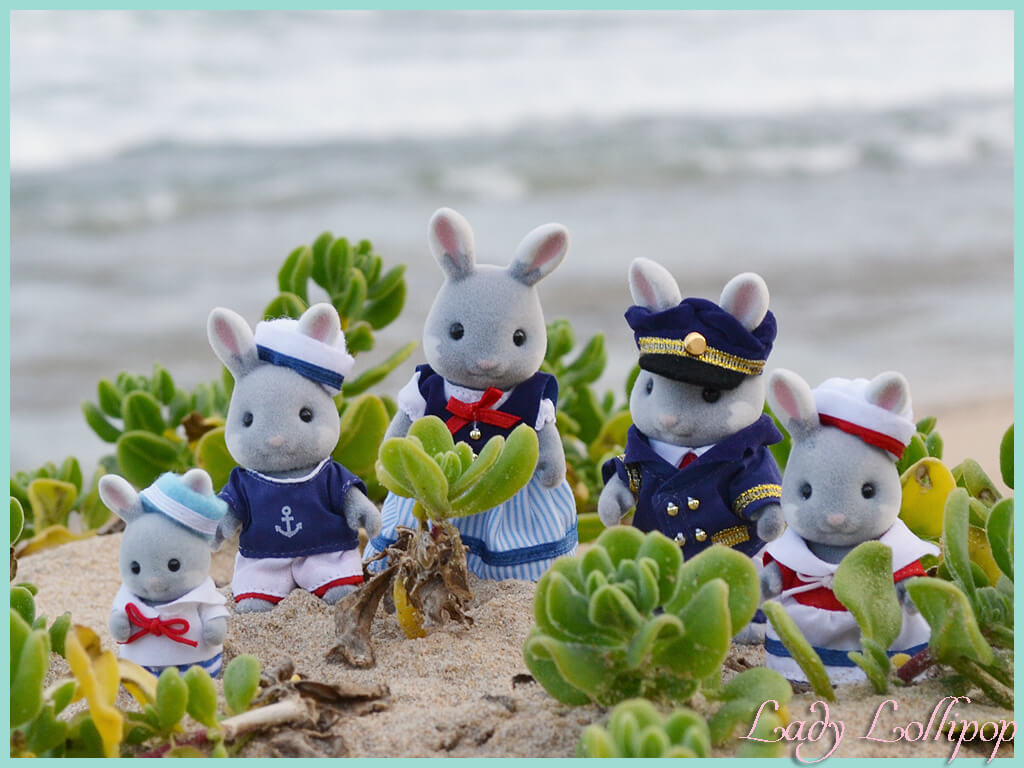 “It would be really nice to live closer to land, wouldn’t it honey?”

Doris asked while she was clearing the sandwich wrappers from lunch.

“Morgan would be closer to her friends and Tristan could finally have someone other than his sisters to play with. We could even enroll them in a normal school and perhaps even get Nessie into a Nursery school. That would leave me some free time to do all of the things that I never have time for.”

Lawrence looked perplexed. He loved the ocean, grew up on a ship, but he also remembers how difficult it was having only his own family to talk to all the time. They only make such short stops at the harbors and he could see that it took a toll on his children.

“You are right, my pet. I have been thinking about it a lot lately and I might have a solution.”

Lawrence took a photo from his pocket and showed it to his wife.

“I have been in contact with Mr. Bertram Bamboo. He is a local here in Rooibosch Hill and his family owns a narrow boat, the Rose of Sylvania. They used to live on it while he did research for one of his books on the river folk of Sylvania.”

Doris looked at the photo of the smiling Panda family and back at her beaming husband. She could see that he was really excited about the idea, although she was a little skeptical.

“Well, honey… You know we won’t be able to take a canal boat out on the ocean, right?”

“Of course not, pet!” Lawrence laughed. “We wouldn’t be taking the boat out onto the ocean, my love; we would be living on the river.”

Lawrence told his wife of his bright ideas to revamp the Bamboos’ old narrow boat and to settle down in the nearby village of Rooibosch Hill while they walked down the beach. He went on and on, and Doris could see that her husband had been planning this for a long time. 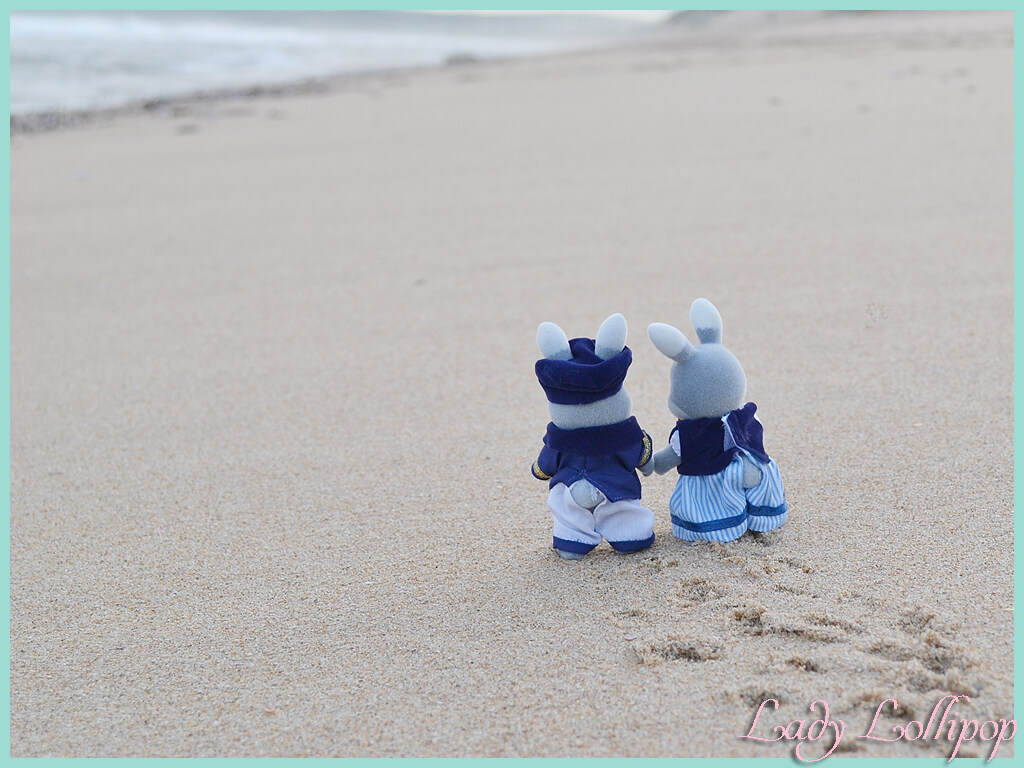 “You see, pet. This way, I would still be shipping items back and forth on the waters, but we will still live close to land. Rooibosch Hill is an up and coming little village that is sure to expand into a bustling economy in time, so there will always be a use for a reliable shipping service. The children can play with their friends, and they can enroll in the St. John’s primary school in the village.”

Lawrence stood in front of his wife, the biggest smile on his face, arms in the air, just waiting for an answer from his shocked wife.

“Well…” Doris started. “I did hear that the village of Rooibosch has just finished building their new school. I also heard that they are having some trouble transporting shipments back and forth from the neighboring villages. Our old boat is getting terribly tatty now, since she used to belong to dear old Granddad Columbus…”

Lawrence lowered his arms, the expectant look still on his face, waiting for an answer.

“Well, alright then!” Doris said with a smile. “Let’s go have a look at the new boat tonight, but let’s not decide before we have seen it up close. And… let’s not tell the children about the new plans just yet.”

Lawrence threw his arms around his wife and gave her a big kiss. He was very excited for this new adventure that they would soon be embarking on.

The sun had already started to set when the Columbus family returned to their boat. Doris looked at it with new eyes – it was getting terribly old and despite their best efforts, the rust was starting to show through in places.

Lawrence bribed the children to stay at home with pizza and he and Doris set off to meet Mr. Bamboo in the village and take a look at the new boat.

Mr. Bamboo greeted the Columbus couple with a friendly smile and almost immediately started talking to Lawrence about the new paintjob that they had just finished that morning. He had asked the Buckley’s to help him with the artwork and everyone was quite pleased with the results. 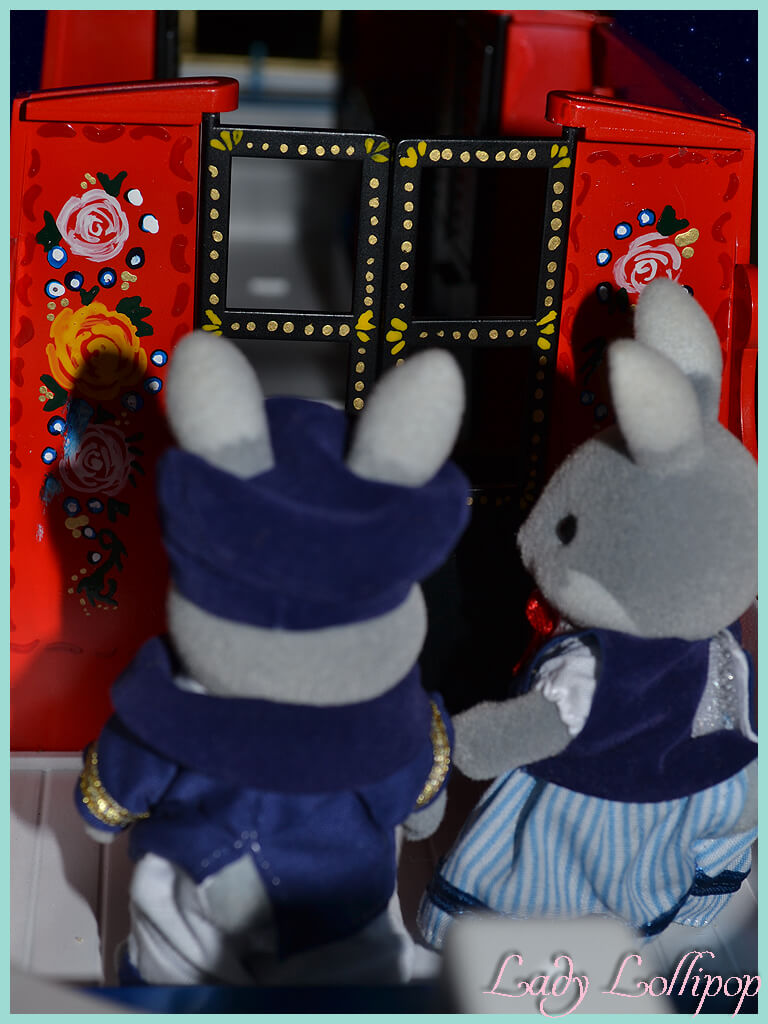 It was quite dark on the river bed where the narrow boat was tied. But, as Mr. Bamboo switched on the lights from the boat, the Columbus rabbits saw the delicate paintwork that had been done to their soon to be new home.

“Oh my, how lovely!” Exclaimed Doris when she saw the beautiful roses painted around the doors.

“Let’s go inside, pet.” Lawrence said with a proud smile.

He had known of the narrow boat project all along – he even asked for the boat to be painted in his wife’s favorite colors, as he was sure that this would be their new home in the sunny village of Rooibosch Hill.

Lawrence took his wife by the hand and led her through the boat, showing her the interior. They chatted about how Doris would decorate their new home and how the children would love the new sleeping quarters.

Doris started planning the new curtains and bedding that she would get to fit the new boat almost straight away. The children would be so pleased! Since Nessie’s birth, there hasn’t been much free money to buy them anything new for months and new bedding would be just the thing to surprise them. 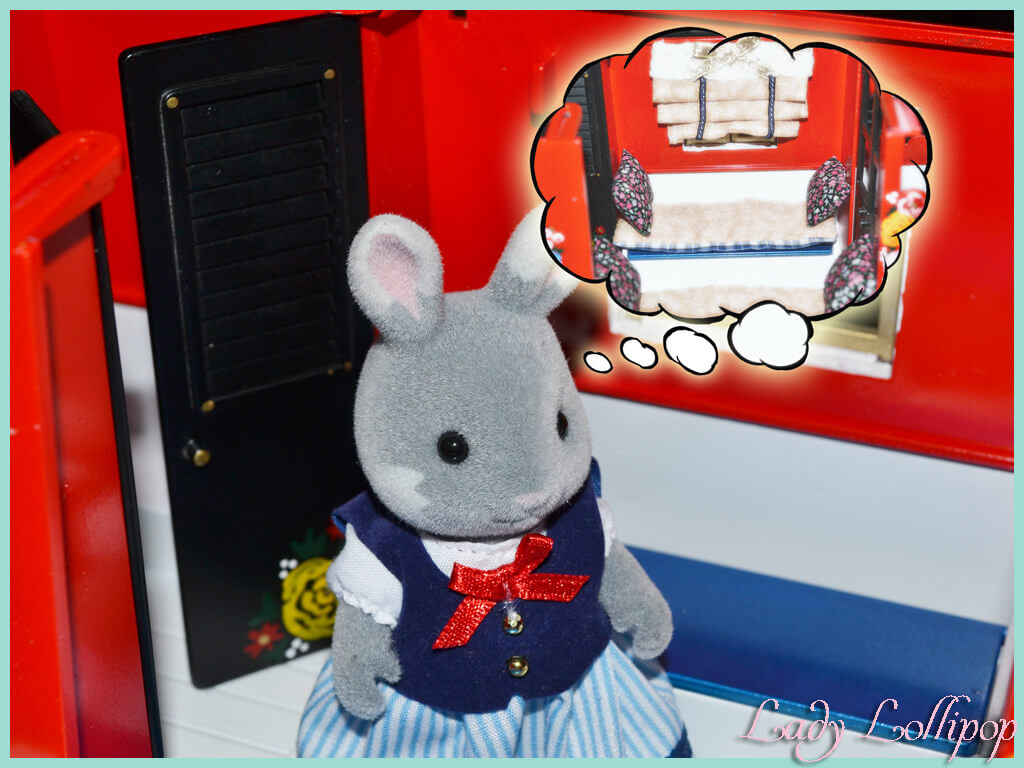 Lawrence stood watching his wife plan and fuss about. He knew there was still a lot of work to be done to the boat, but he had also arranged that the boat would be ready for them to move into when they returned from their last international travel. Lawrence was to bring back a whole list of items for the Sylvanians of Rooibosch Hill and in turn, the whole village was working on getting the river boat ready for their arrival when they return.

Change is always a scary thing, but as Lawrence watched his wife planning how to arrange all of their belongings in the new boat, he smiled to himself.

This move would be a great adventure indeed! 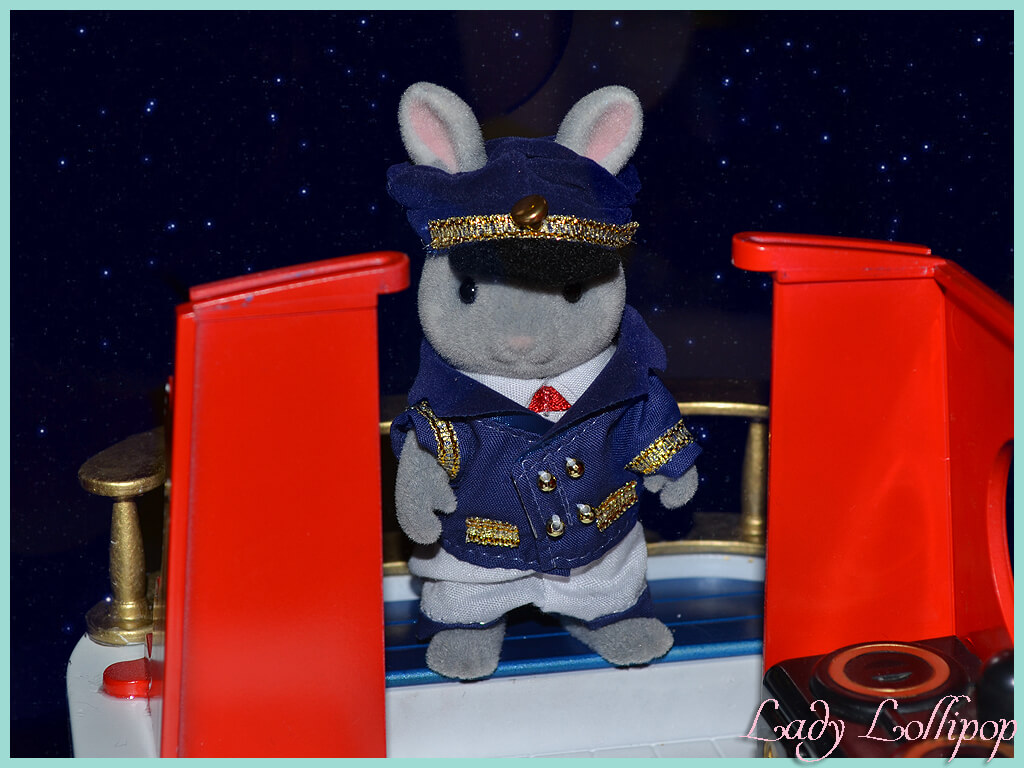