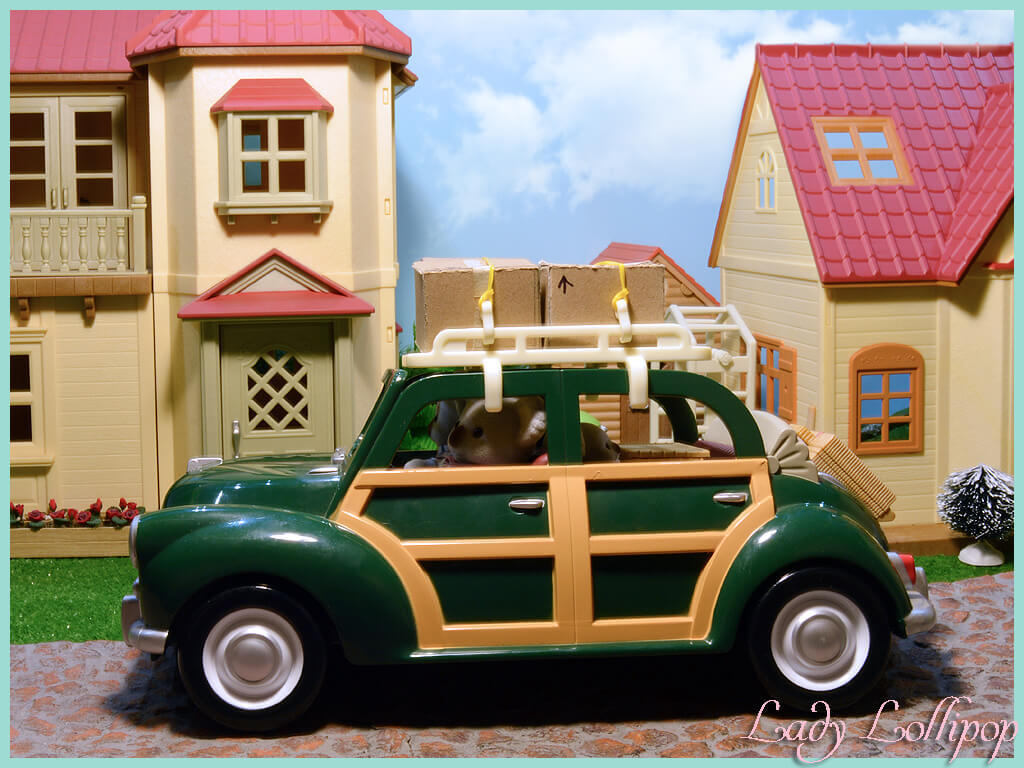 Bruce slowly got out of the big, green rental car and stretched his tired legs. Around him, he could see children riding their bikes in the street and mothers chatting over garden fences while keeping a watchful eye on the youngsters. His wife, Sheila, was busy helping their two young children out of their carseats when the door to the big house in front of him burst open and two excited children came running out.

Bruce didn't have time to say anything before Clive and Germaine Billabong tackled him and they all fell to the grass in a laughing heap. Before they had the chance to get up, they were joined by the tiny Joey and Adelaide, who had now been freed from their carseat constraints. 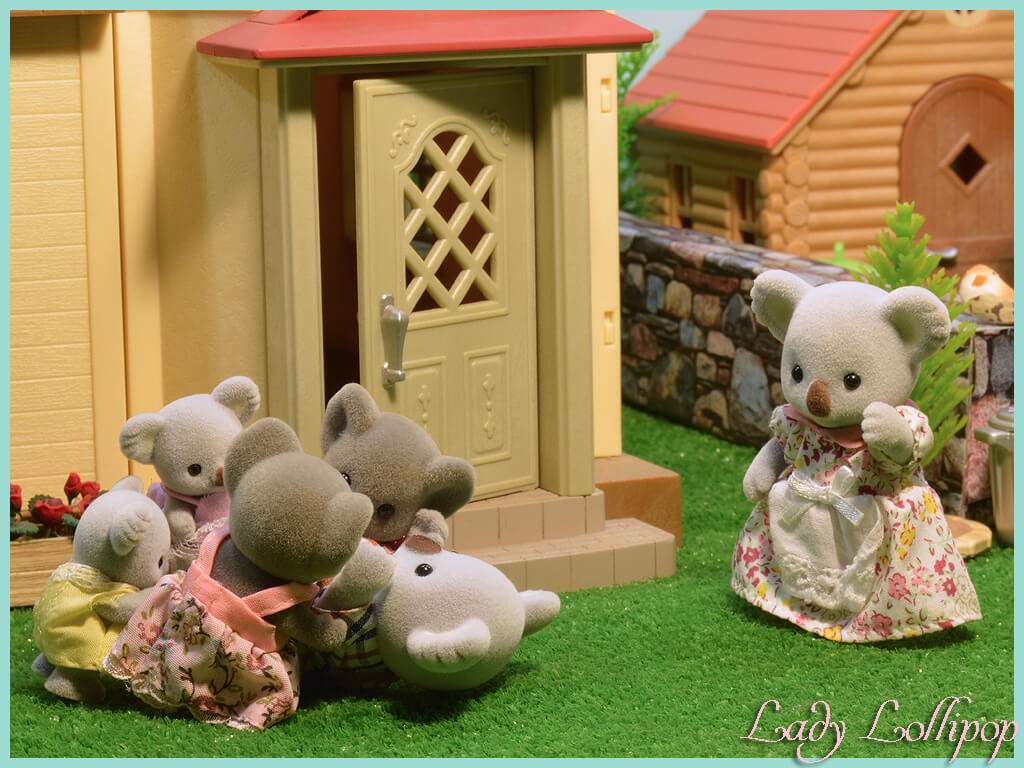 As Rolf and Matilda came out, each carrying one of the twins, Bruce finally managed to get up and dust himself off. 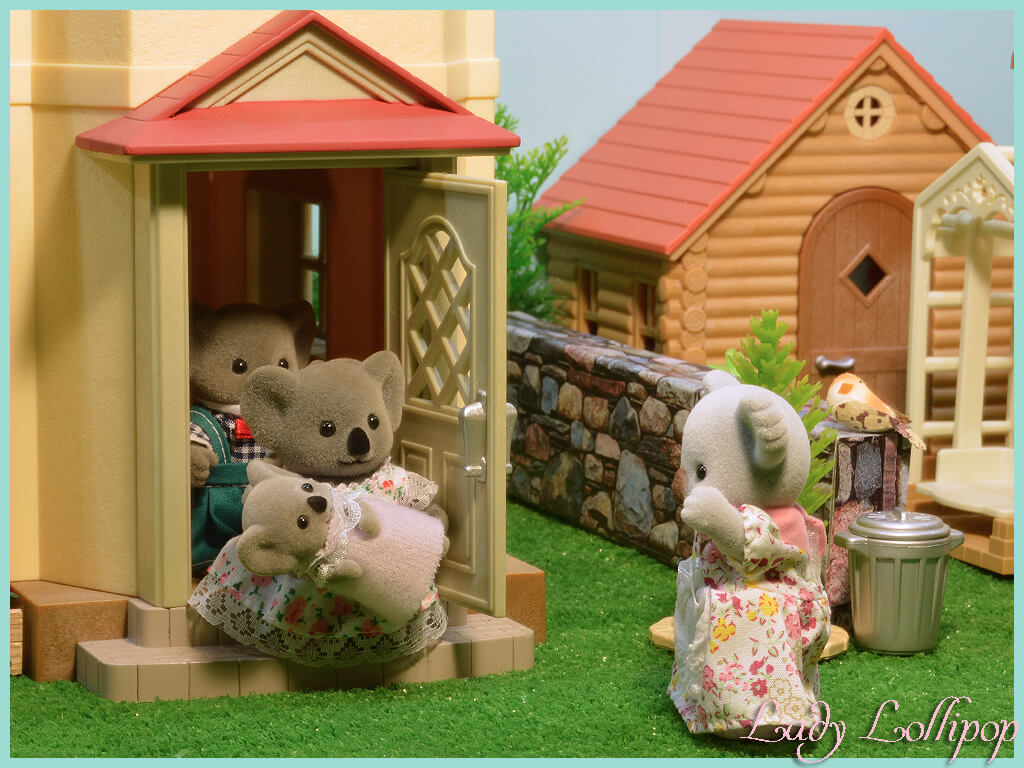 "G'day Rolf! How ya goin'?" Bruce asked cheerfully s he gave his cousin a big hug.

“I’m not bad!” Rolf replied. “Glad to see you all made it to Rooibosch in one piece.”

They exchanged greetings all around and discussed the big adventure of moving to Rooibosch Hill. Clive and Germaine instantly liked their two shy little cousins and led them into the house to play while the grown-ups still chatted excitedly and cooed over the babies.

Matilda led their guests into the kitchen, where she put the kettle on and discussed their schedule for the rest of the day. It was only a few minutes after ten, but they still had so much work to do! 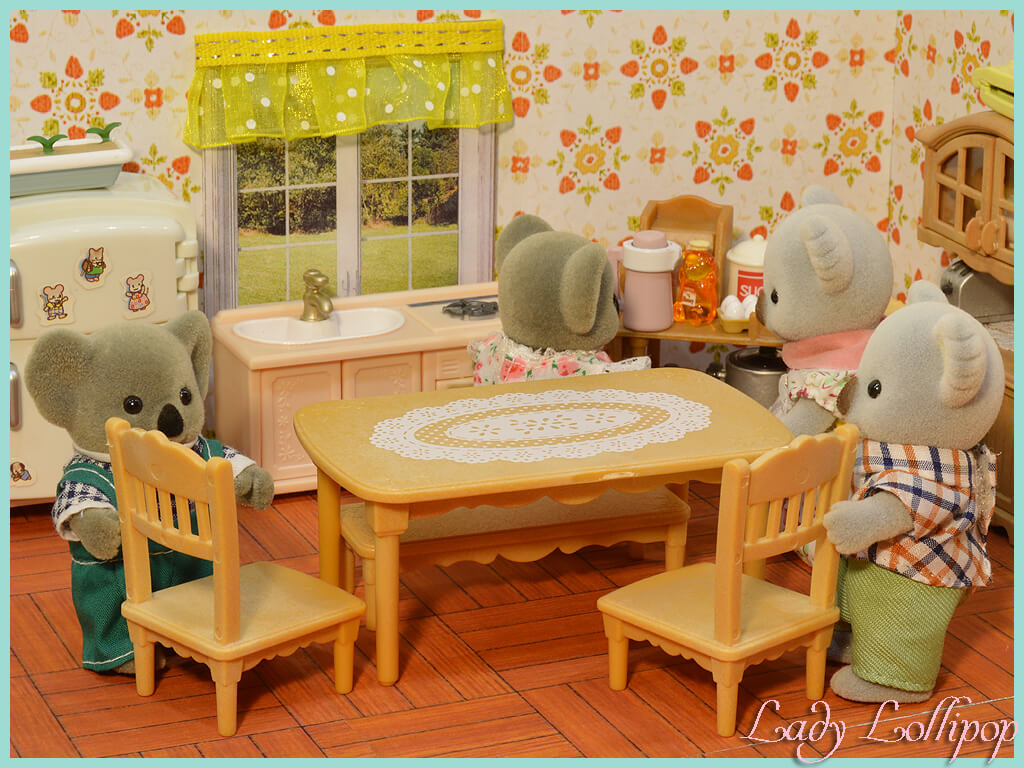 “I thought we might have elevenses before getting started on your moving boxes. You must all be a bit peckish after your trip.” Matilda announced. “I had a special treat made by Rooibosch Hill’s best confectioners for this special occasion.”

“Ah, what a great missus you have there, Rolf!” Bruce exclaimed. “I have heard about the tucker from Rooibosch via the bush telegraph and I’m just dying to try it.”

“Too right! We are starving by now.” Sheila added with an excited smile. “We have been a bit behind schedule after the car went cactus on us and have only had chokkies and biscuits to eat all morning because a certain someone would only stop at one servo.”

“I thought you greenies could live off of bark and grass for weeks.” Rolf said with a laugh. “I’m stoked to hear that you also need to eat real food every now and again.”

“You’re a real no-hoper, Rolf!” Bruce laughed. “We greenies are going to save the world one day, just you wait!”

“No worries! We’ll help you folks from Never-Never fit into society in a flash.” Rolf replied. “We have real food here in Rooibosch, so you can leave our tree bark alone.”

The two men laughed at their little joke and when the laughter finally died down, they found that Clive and Germaine were staring at them in open mouthed wonder from the other side of the kitchen. 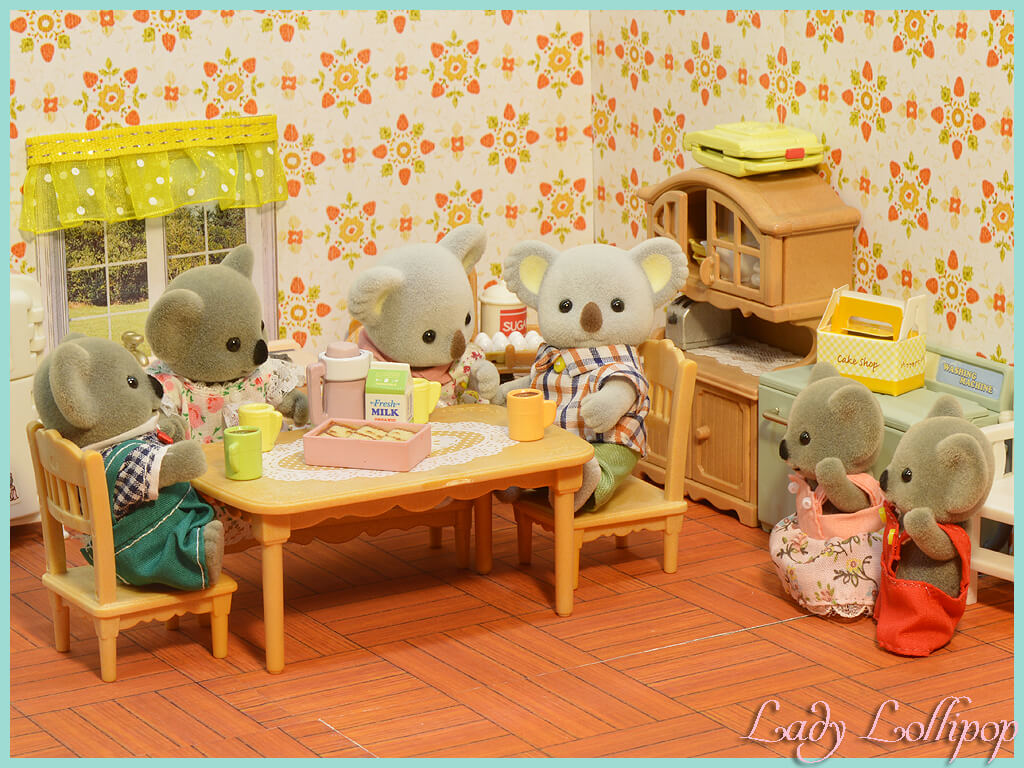 “What on earth was that all about, Dad? No one is green! And what on earth did the car do with a cactus!?” Asked Germaine in bewilderment.

“Don’t worry, dear.” Laughed Matilda. “Your father and Uncle Bruce were just teasing each other. They have been this way since they were kids themselves! Aunt Sheila and Uncle Bruce are environmentalists. It means that they work to protect the environment from the effects of pollution. Think along the lines of your school’s going green campaign.”

“We have a different way of speaking back home, dear.” Sheila added. “It is a less formal way of communicating with each other and it could seem quite strange if you are not used to it! Uncle Bruce intentionally overdid it a bit for emphasis to his joking about.”

Germaine looked at Clive and the two just shook their heads at the grown-ups who were now acting like silly children chatting in their own made-up language.

“And the cactus?” Clive enquired.

“It means that the car  had some trouble and wasn’t working, darling.” Matilda answered. 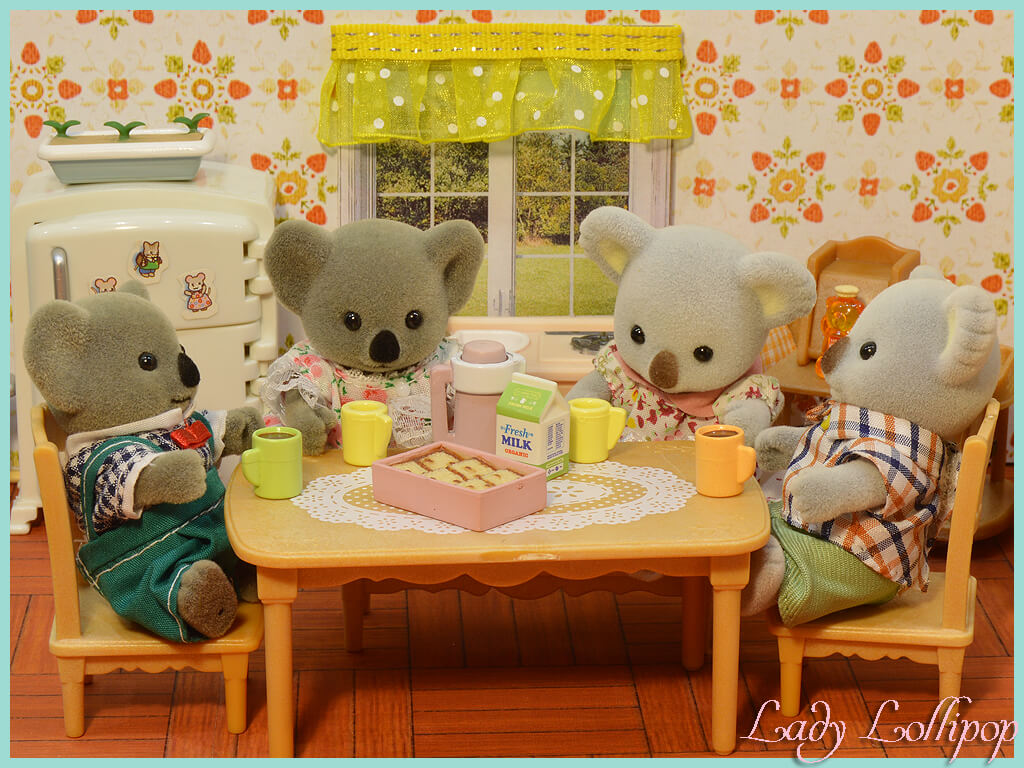 The two families had tea and Lamington squares while they made a list of everything that needed to be done. The movers were scheduled to meet them at the new house at eleven and then the big job of moving in would really start for the Outback family.

After tea, the Billabong and Outback families set off to the newly built log cabin that was now the new home for the Outback koalas. As they approached the cabin, a big moving van pulled up and two bears, Taylor Timbertop and his eldest son Birch, got out.

After a short discussion over who should do what, it was decided that Clive and Germaine were to take care of the younger children while their parents and the Timbertops carried the boxes and furniture into the cabin.

It took a few hours of hard work, but finally the last box was being carried into the cabin.

Bruce and Rolf thanked the Timbertops and after reassuring them that they would be able to move all of the furniture into place on their own, the Timbertops waved goodbye and drove off to collect the second haul of the Outback family’s possessions.

It would be tough for the Outback family for a few days, since they were without many of their things, and as a result they would have to borrow from the Billabong family or make do until the movers returned with the rest of the boxes.

“I think it is time for lunch now.” Matilda announced as she looked over at the huffing and sweating faces around her. “I have some lovely freshly baked bread waiting for us at home.”

Everyone agreed and they all set off back to the Billabong house where Sheila and Matilda prepared the most scrumptious sandwiches that any of them had ever tasted. Or perhaps it was just because they were all so very hungry! 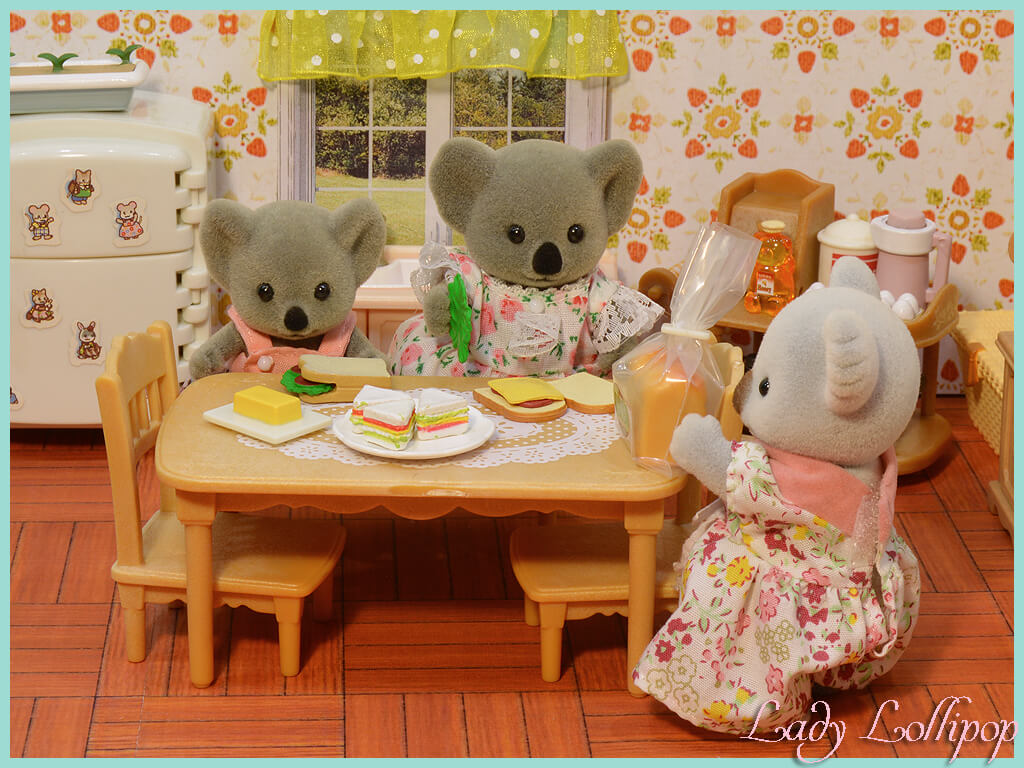 After lunch, Clive snuck away to his room when he was certain that no one had seen him. He took one of the cards that he had finished earlier that morning, out of his drawer and snuck back into the kitchen to retrieve the lollipops from their hiding place. As he had hoped, they were now nicely wrapped in the pretty gift wrapping paper that Matilda had bought earlier. Clive then snuck into Germaine’s room and placed the card and one of the lollipops under Germaine’s pillow for her to find when she went to bed. 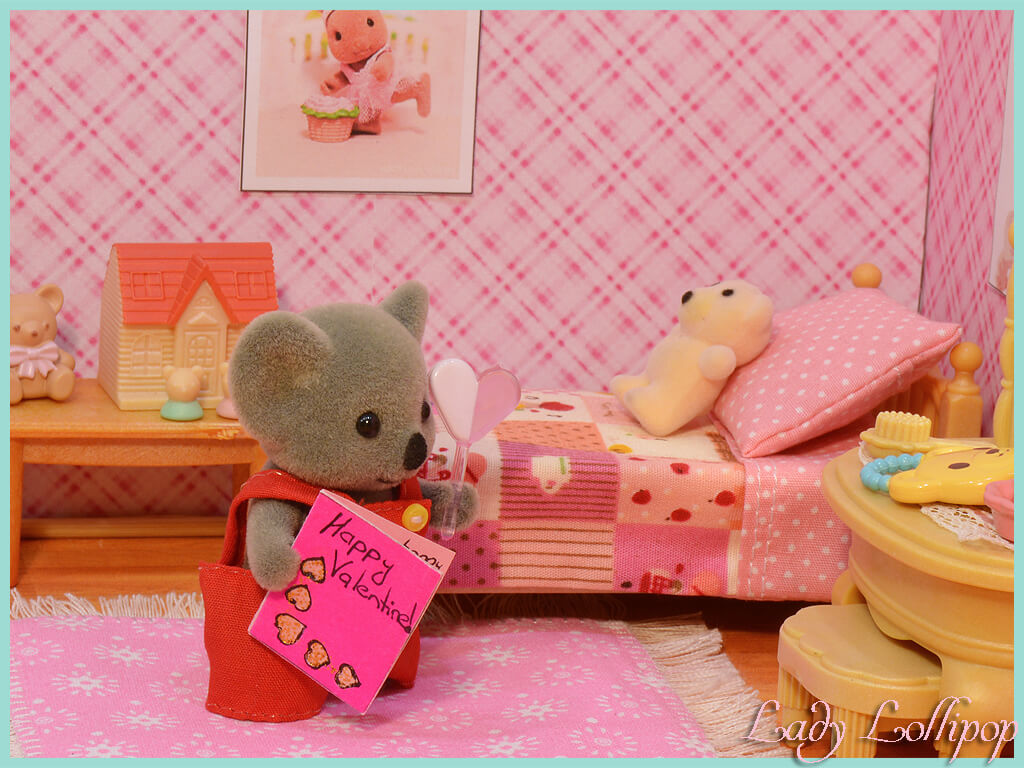 Clive then retrieved the other card from his drawer and read through it twice to make sure that he didn’t make any spelling errors, before placing it in his big red backpack. With card and wrapped lollipop safely tucked inside his bag, Clive announced that he was going out to the playground to cheer his friends on in their soccer match. 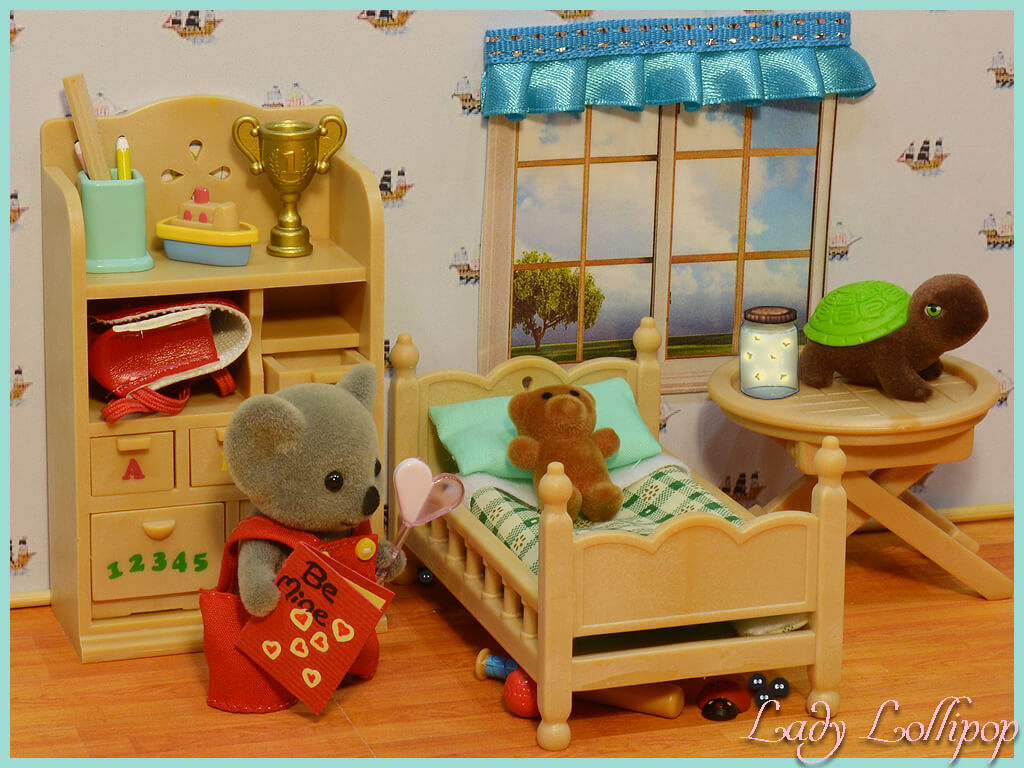 Germaine decided to stay home and play with the babies while the grown-ups set off to the log cabin once again to start unpacking boxes and move furniture into place.

When Clive reached the playground, he found most of his friends already there. It seemed like all of the children in Rooibosch Hill were now collected on the playground. Clive chatted with a few of his friends, but to his dismay, he couldn’t see Polly Polarstar anywhere.

Then it was time for the big soccer match to begin and everyone made themselves comfortable on the grass to get a good view of the field.

Clive didn’t pay much attention to the soccer match. Instead, he was searching for Polly in the growing crowd around him. Then, just as he was about to give up hope of finding her, he saw Polly sitting alone on the swing under the treehouse.

Clive got up and walked over to the treehouse. He put his backpack down under the big tree and gathered up all of his courage to go over and speak to Polly.

As he approached her, Polly turned around to look at him and smiled sweetly. “Hello Clive.”

Clive felt himself go a bit week at the knees when she spoke, but put on his bravest face.

“Hi there Polly.” Clive said as he felt himself blush. “Aren’t you watching the soccer match?"

“Oh, no.” Polly giggled. “I’m afraid I don’t care much for soccer.  I came out to the playground looking for Helen Fielding, but she left to have a picnic by the river with Ryan Milky. I hear that he asked her to be his Valentine.”

At that, Polly blushed a little and Clive had the fleeting thought of running back home as fast as he could rather than facing the possibility of being embarrassed.

“Do you have a Valentine, Polly?” Clive asked and as soon as the words left his mouth, he could feel the colour creeping up his neck again.

“Me?” Polly asked, looking a little shocked at the question. “Umm, no I don’t.”

Clive gathered up all of his courage, picked up his backpack and rummaged through it to find the items that he hid there earlier. Taking a big breath, Clive pulled out the card and wrapped lollipop.

“Would you like to be my Valentine, Polly?” Clive asked as he held the card and lollipop out to Polly.

“I would like that very much, Clive!” Polly exclaimed as she accepted the gifts with a shy smile.

Clive and Polly spent the rest of the afternoon playing in the treehouse and pushing each other on the swing. The soccer match was long over and it was getting dark by the time that the two realised that it was time for them to go home before someone got worried and came looking for them.

They said their goodbyes and Clive gathered up his backpack. But just as he was about to turn around to begin his walk home, Polly put her arms around him and gave Clive a big hug.

“Thank you for being my Valentine, Clive! It was the best Valentine’s day ever.” And with that, Polly turned and skipped down the path home.

Clive was very glad that his day went so well. It felt as though the weight of the world had been lifted from his shoulders and he whistled as he walked all the way home.

Germaine on the other hand, had kept herself busy for most of the afternoon by playing with the two toddlers. Since they were so busy, they were quire a handful and it did not give her much chance to really think about the problem that had been on her mind all day - the fact that she was the only one of her friends who did not have a Valentine!

After helping her aunt to get the little ones into the bath, Germaine collapsed on her bed, feeling exhausted after such a long day. But to her great surprise, she felt something hard under her pillow as she lay down. Germaine reached under the pillow to find what her brother had hidden there earlier and felt a sudden burst of excitement well up at what she found. 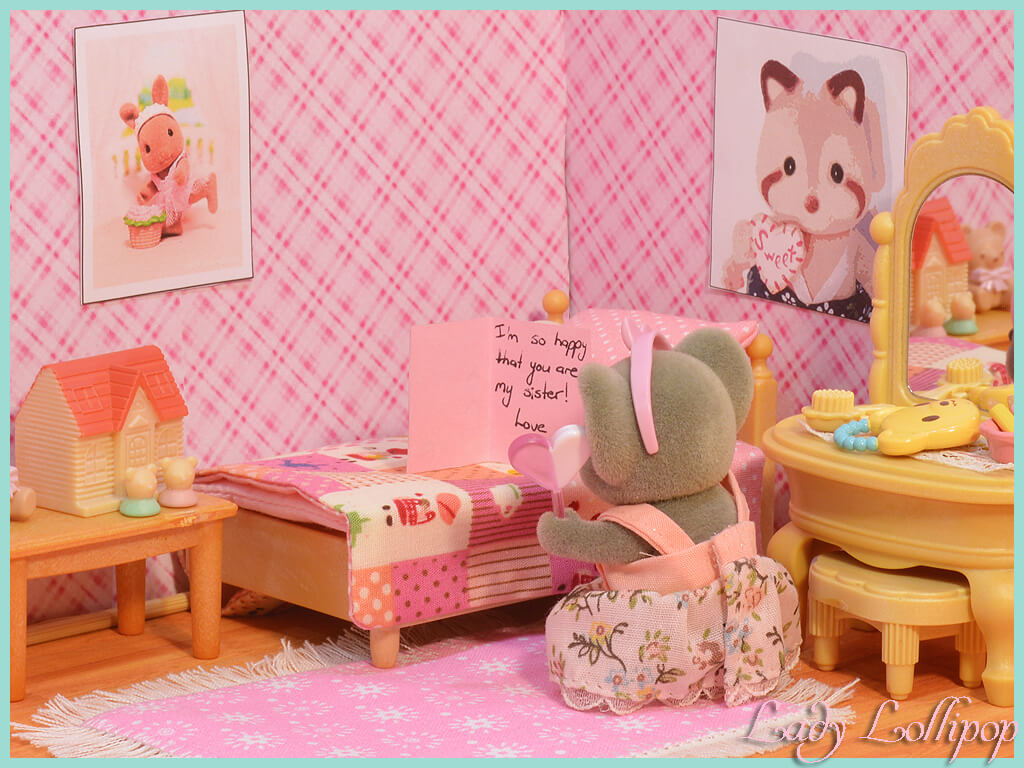 She jumped off the bed and read the card. Even though her Valentine came from her brother, Germaine was still very happy that someone had thought of her on this special day where Sylvanians all across Sylvania were thinking of the special critters in their lives. She smiled to herself and promptly raced to go share the news of her first Valentine with her mother.